One of the amazing things about bringing together two climate change superstars is realizing the scope of their incredible institutional knowledge.

I’m speaking about Bill McKibben and James Hansen. Both were interviewed by artist and climate change exhibition curator M.Annenberg on a virtual discussion about a week ago in a session entitled Is There a Climate Emergency?  The discussion was connected to a five-day pop up exhibition “MAYDAY! EAARTH” at Ceres Gallery in New York City, co-curated by Annenberg. 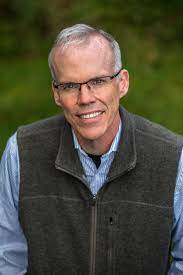 McKibben is a prolific environmental writer whose 1989 book The End of Nature is considered the first book about climate change and has appeared in 24 languages. He’s gone on to write some 20 books and as a journalist writes extensively on the impact of global warming. He is a co-founder and Senior Advisor at 350.org, an international climate campaign that works in 188 countries around the world. 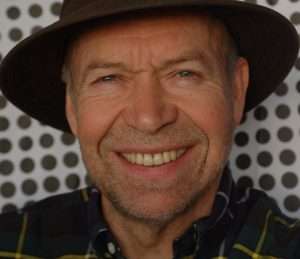 Hansen, best known for his cautionary 1988 testimony to congress on climate change, is Director of the Program on Climate Science, Awareness and Solutions of the Earth Institute at Columbia University. He is the former Director of the NASA Goddard Institute for Space Studies.

In their hour and a half talk, what they had to say was illuminating to say the least. But their words also gave us great pause.

Both men recalled how they raised awareness of global warming and thereby solidified the connection between science and activism into a movement that swept across continents and is growing to this day. Hansen told how he clearly laid out the science of climate change to the country’s political arena only to be rebuffed then and for years to come. He spoke the attempts of the 2004 Bush administration to silence him, which only increased public interest to a point where his speaking engagements more than doubled.

“What I had to say angered Bush and there were calls from the White House to NASA,” Hansen said. “NASA was asked to shut me up, which had the opposite effect because I informed Andy Revkin at the New York Times about restrictions placed on my public speaking.” Further catapulting Hansen into the limelight was his arrest in front of the White House Protesting Keystone XL Pipeline in 2011 and in 2013 and protesting Mountaintop removal in West Virginia in 2013. He openly scrutinized the politics in this country after seeing congress continually take money from special interest groups, particularly from the fossil fuel industry. Hansen realized the real science was having no substantial impact. “Even though the IPCC (Intergovernmental Panel on Climate Change) had just reported on the climate, governments were not taking any action to alter our growing dependence on fossil fuels.”

McKibben concurred, adding that both he and Hansen were naïve in believing they won the argument after speaking out and writing about climate change.  “The powers would do what they needed to do,” said McKibben. “Why wouldn’t they? Even though the science was clear and robust, we were losing the fight. It was all about money and power.”

Years of emphasizing the need to reduce our dependency on fossil fuels to cut carbon emissions has shown some progress, but for Hansen and McKibben it hasn’t been nearly enough.  “There was an opportunity to move towards alternative clean energy sources when conventional fossil fuels were becoming depleted,” said Hansen. “But decisions made to move to fracking or tar sands oil was a path they should not have gone down. They went into it with their eyes wide open.”

That the world’s 60 largest banks have financed $4.6 trillion in fossil fuel projects, is a major concern. According to the recent report “Banking on Climate Chaos,” $742 billion was invested in fossil fuel financing in 2021 alone. McKibben is keenly aware of major American banks underwriting the fossil fuel industry and advised anyone with savings in banks such as City Bank, Wells Fargo or Bank of America should know their funds are being loaned out to companies like Exxon or Chevron.  “Those loans produce more carbon than all the cooking, heating, flying, driving that you do in the course of a year. And if you’re a city like New York the money that you have sitting in the bank on any given day produces more carbon than all the fire trucks and subway cars and everything else that’s running.”

Slowing and stopping those who subsidize fossil fuels worldwide is essential to ultimately limiting greenhouse gases that contribute to global warming. “The fundamental fact is that as long as fossil fuels are allowed to use the atmosphere as a free dumping ground, we’re not going to solve the problem,” said Hansen. “We can build windmills and solar panels — that’s not going to stop global use of fossil fuels.”

Hansen has long advocated putting a price on carbon.  He has presented a detailed road map on how to tax carbon to several political entities, including to heads of state at COP15, when the landmark Paris Agreement succeeded in securing signatures from 195 countries. “The Paris Agreement did do some positive things but the organizers weren’t going to put a price on carbon. They said it was too complicated,” Hansen recalled. “But it’s not complicated at all. It’s actually very simple.”

Hansen’s plan is pretty simple. Carbon fees from the fossil fuel industry could be collected either at their domestic mines or at ports of entry. Those funds or dividends from those fees could be placed in the pockets of the public or on debit cards as a monthly dividend. “There’s no reason that this can’t happen,” Hansen said.

About a year ago McKibben started an organization called Third Act.  The goal was to galvanize older Americans deeply concerned about climate change who wanted to be involved. McKibben said so far, tens of thousands of people have signed up to be part of Third Act.  “We’re having an extraordinarily good and productive time trying to make it clear to people that we have the back of the kids who are doing such a good job of organizing for the future.  But we’re finding there are lots of people who were worried about threats to both our climate and our political climate, to our planet and our democracy.”

Third Act’s next big target are major banks who underwrite the fossil fuel industry. A Day of Action is planned for March 21, 2023.  “We will be outside banks all over the place,” said McKibben. “We’re doing what we can to push this agenda fast. It does all go back to Jim who is the Paul Revere of this work, the original science and the original political courage to get it out in front of people, for which we should remain extraordinarily grateful.”

Annenberg pointed out that although climate change news reporting created its own beat, it was still a relatively small part of daily reporting. “Climate issues on corporate TV networks was roughly 1% of all news programming in 2021,” she said. “And that’s 1% in a time of climate emergency.”

McGibben cited what he called the ‘elite media’ — the New York Times, the Washington Post and major TV networks, and how they all have increased climate change coverage over the last 30 years. “It’s almost unbelievable. Now there are hundreds of reporters that cover climate change as their daily beat. TV is the prime example.”

“It’s hard for journalism to cover a slow-moving story and for journalists and editors it’s always going to be a problem,” McKibben noted. “The good coverage that does happen which over time helps people understand what’s going on is also blurred by the endless green washing and advertising of the fossil fuel industry. Just their trade associations have spent $3.4 billion on advertising and communication in the last 10 years, and that steady cacophony always serves to dull the edge of the message enough to say that things aren’t that bad.”

Both Hansen and McKibben admit that years ago it was hard to get the public on climate change. But with the increasing number of floods, droughts, wild fires, and storms, the issue has become all too real for many. “Things have gotten scary enough that we have to try and remind people that we haven’t yet reached the point where it’s appropriate to give up,” said McKibben. “There’s plenty we can do still to slow things down and limit the ultimate rise of temperature.”