Since the dawn of time, the climate has been changing. The sea level is one aspect of the climate that is significantly impacted by these changes. Sea levels increase in warm climates where seawater expands caused by glacial ice melts in such places as Greenland. The sea level rises in tandem with the planet’s rising warmth. Significant sea level increase has occurred. The rise in sea level will have a significant effect on people who live near coastlines.

The expansion of saltwater caused by a warm environment and the melting of glaciers on land are two key drivers in sea level rise. Because of  external reasons like subsidence, control, erosion, changes in land height, etc., sea level only rises in a few specific areas around the globe. Subsidence, which causes the land to shrink by 1.1 to 4.8 millimeters per year, raises the sea level and causes floods.

Numerous repercussions on the planet occur as a result of rising sea levels, including tainted drinking water, ruined agriculture, reduced beach space, and floods. As the sea rises even further up the shore, it will often seep into groundwater sources that provide drinking water to many coastal areas. The bulk of freshwater on Earth is found in groundwater, and these underground water reservoirs, or aquifers, are crucial freshwater springs. Although it is possible to remove the salt from water, doing so would be expensive and difficult. Drinking saltwater is dangerous. The same freshwater sources that we use for our drinking supply is the water we use for irrigation. The issues are the same here: These sources of groundwater might become saltier as a result of the approaching sea and saltwater can stunt or even kill crops. Producing freshwater from saltwater is costly and unsustainable.

States that have been through floods caused by sea level rising are adapting to this specific change. Coastal communities are already being uprooted by sea level rise. When it announced $1 billion in grants to support climate adaptation initiatives in 13 states earlier this year, the U.S. Department of Housing and Urban Development (HUD) made headlines. A 60-person tribal village on Louisiana’s Isle de Jean Charles, which has lost 98 percent of its territory since 1955, will receive one of the funds in order to relocate. The indigenous population is being referred to as the first group of “U.S. Climate Refugees” by the media. Officials from the government saw this award as a model for managing future evictions and a wise investment in light of the trends predicted for ongoing (and rapid) sea rise.

The issues are the same here: Sources of groundwater might become saltier as a result of the approaching sea, producing freshwater from saltwater is costly and unsustainable and, as already mentioned, saltwater can stunt or even kill crops.

Harvey, C. (n.d.). Sea-level rise will cause more than flooding – these 5 other impacts of rising oceans are just as bad. Business Insider. Retrieved November 1, 2022, from https://www.businessinsider.com/5-terrifying-impacts-of-rising-sea-levels-2015-2

US Department of Commerce, N. O. and A. A. (2013, June 1). How is sea level rise related to climate change? NOAA’s National Ocean Service. Retrieved November 1, 2022, from https://oceanservice.noaa.gov/facts/sealevelclimate.html 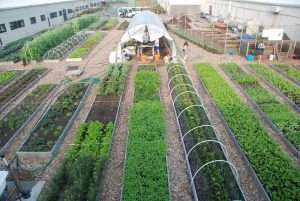 The fight against climate change remains one of the most challenging tasks in our era, many efforts have been made to adapt and mitigate climate change. Adaptations are measures taken to cope with the negative impacts of climate change such as seawalls for coastal cities and mitigations