After decades of failed attempts, the U.S. Congress in August 2022 passed a climate action bill. The climate legislation comes in the guise of the Inflation Reduction Act, the most pressing immediate issue for many voters. While it does aim to reduce the deficit and enable Medicare to negotiate drug prices, the preponderance of the bill’s provisions relates to reductions of greenhouse gas emissions from fossil fuels, the major cause of climate change.

The Inflation Reduction Act represents a major shift in strategy since the Waxman-Markey bill, which focused on cap-and-trade and failed to pass the Senate in 2010 (although House Speaker Nancy Pelosi was able to get it through the House). The IRA is a pragmatic turn which has allowed legislators to get more buy-in from industry stakeholders (including some of the largest oil companies). At the same time, the lack of many punitive planks (the methane fee and superfund tax are exceptions) has left some anti-oil and conservation-focused activists disappointed.

There are two major philosophical threads undergirding the bill, which are relevant in the broader context of the energy transition: Made in America and Environmental Justice.

Made in America – Both Joes (Manchin and Biden) feel strongly that the transition to clean energy has to be built on American manufacturing and jobs, rather than on out-sourced production and extraction (Manchin often targets China with this rhetoric). This is apparent in many areas, maybe most notably in the electric vehicle (EV) subsidy, which includes requirements for both American assembly AND sourcing of minerals from mines in the US or countries with whom we have free trade agreements. The goal is national independence throughout the supply chain, and to that end this law is notable as direct industrial policy for a country that has comparatively shied away from it in recent decades. 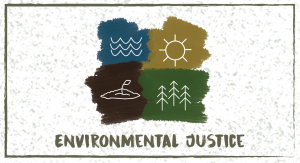 Environmental Justice – Some concessions to Manchin are seen as a betrayal of the environmental justice (EJ) community (including circumventing a court challenge to enable the construction of a specific pipeline he favors). There are also multiple EJ provisions in the bill that survived the process, including funding for pollution cleanup around ports, reinstating the Superfund tax, rebates for low-income consumer purchases (in addition to the tax credits that help the middle class), block grants targeted to climate projects led by people from marginalized communities, and funding for green banks which prioritize lending to disadvantaged communities. It’s significant from a movement-history perspective that through the entire process Democrats have felt a responsibility to keep EJ advocates at the table.

A huge and under-reported piece of the bill is the massive increase in funding for the Department of Energy’s Loan Programs Office, which was established in 2005 but only got meaningful funding in the 2009 stimulus bill. The IRA brings their ~$40b in funding to over $300 billion, divided amongst several priorities. This increase in funding is not included in the $369 billion top-line spending figure, because the department currently operates at a profit for the government. This is the loan office that helped jumpstart the American solar and wind industry and was critical in saving Tesla from bankruptcy.

My two cents – Without the success of that original loan program proving the massive multiplier effect the private sector can achieve, the overall strategic pivot from sticks to carrots would have been far more difficult to execute politically.

The Democratic Party’s single-vote margin in the US Senate required the inclusion of trade-offs to allow oil and gas drilling on federal lands to placate Senator Joe Manchin of West Virginia. But the effects of those trade-offs do little to dampen its overall scope.

Regarding those concessions to Manchin, it’s worth mentioning that leadership was still able to include an increase in rents and royalties for oil and gas leases on federal land. So, while the bill does include a virtual guarantee that federal land will continue to be leased for oil and gas exploration – necessary to placate Manchin –  it’s now more costly for the industry to take advantage of those leases, which some hope could prove sufficiently disincentivizing.

Another controversial piece of the legislation is that many of the bill’s key clean energy and buy-clean provisions (including the new pot of money for the loan office to work with) are method-neutral, and therefore make room for nuclear and CCS in addition to solar, wind and hydro. In fact, the hydrogen subsidy is structured such that while the incentive is largest for a method that relies on clean electricity (“green” hydrogen), there is still a (smaller) subsidy available for using natural gas to produce hydrogen so long as a large portion of the carbon is captured and stored (“blue” hydrogen).

The sheer scope of the bill’s ambition to reduce greenhouse gas emissions is stunning since it aims to nearly achieve the U.S. target of reducing its emissions by 50% below 2005 levels by 2030. That is only 8 years away.

The passage of the bill fulfills Joe Biden’s pledge to put climate action ‘front and center’ on his agenda. It also shows the rest of the world that the U.S. is ‘walking the talk,’ so it can play a stronger leadership role in the UNFCCC Paris Agreement process.

This U.S. legislation is a true milestone in climate change action. 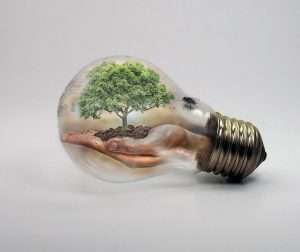 My Take on Climate Change: A Hope to Heal Our Future by City Tech Blogger Mahir Faisal

That women and children have long been victims of the adverse impacts of climate change is not surprising. As global warming creates more extreme weather conditions, women and children living in vulnerable, impoverished countries hit by floods or drought have suffered exponentially and are forced to leave their