What is Climate Change

According to NASA (National Aeronautics and Space Administration), It’s when we release carbon like burning coal or using gas-powered cars causes the greenhouse effect, which causes our atmosphere to have a higher concentration of CO2.

Like solar and nuclear, wind power is one of the most innovative technologies to help with mitigating climate change. But will it be enough to substitute regular power sources that cause lots of CO2. emissions. According to the researcher Rebecca Barthelmie at Cornell University, “We know that increasing wind energy deployment takes political will even though onshore wind energy is currently the cheapest form of electricity generation (DeWeerdt, 2021).” In other words, if the globe switches to wind power, it will save multiple cooperation that provides electricity. In 2018 production of wind energy has produced 1,273 terawatts per hour of power, producing 7% of the world’s power supply while 17% was from all renewable resources (DeWeerdt, 2021). However, one of the main concerns is the political side of implementing renewable resources like wind. Since it will be difficult to get the government approval to move power lines powered by renewable energy to more populated areas in the United States alone, compared to the whole globe. On the other hand, as someone who lives in New York where a lot of electricity is required to be produce it would be a very good idea to move to renewable energy, but the space to put power lines would be difficult. According to Amory B. Lovin’s, co-founder and chief scientist at the Rocky Mountain Institute that collaborated with a Colorado-based nonprofit organization that advises on renewable energy, said: “We could run the whole East Coast on offshore wind,” (Lovin, 2021). In the same fashion, this counts as a possibility for most states or counties that live in coastal areas that produce a lot of wind.

How to Implement Wind Power

When it comes to the properties of wind, wind possesses energy that is determined by mass and speed, providing kinetic energy to a wind turbine. The turbines will then create a mechanical power output that will be used to drive an electrical generator. According to the textbook Electrical Machines, Drives, and Power systems, “In order to extract the maximum energy from the wind, the turbine speed of rotation must be a specific fraction of the wind speed. As a rule of thumb, and depending upon the rated power of the turbine, the tip speed of the blades should lie between 4 and 8 times the wind speed (Wildi, 2014).” However, this also determine by the intensity of the wind to determine how much power will be harnessed by each day and location.

Even a light breeze would  produce a decent amount of power in a usual direct current generator. According to the graph above, a light breeze will be able to produce about 2000 kilowatts. Especially for heavily populated places like the West and East coasts of the United States, we can use an asynchronous generator to power a powerline since most states have intense winds. However, during the summer there would be less efficient.

In conclusion, will wind power mitigate climate change? It will help but not entirely. Even though wind power is the cheapest renewable power source, it is mostly meant for remote areas. In high populated areas are difficult to implement wind due to barely any space, and it provides substantial energy, but I feel it’s not enough on a global scale. Yes, the wind should be implemented but not that many turbines since other resources do winds job much better. However, wind power helps significantly with reducing carbon dioxide levels at a cheap cost.

Within the past decade, people across the globe have felt and observed days of high temperatures, which are not only becoming more unbearable to stand in but are becoming more frequent enough that it is impacting winter seasons in terms of weather and climate. The bigger issue is 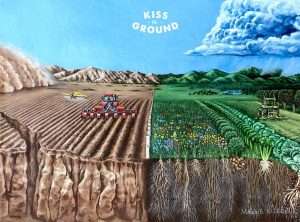