First it was Big Tobacco who had to pay the piper. Now it’s Big Oil’s turn. They lied and misled the public for years, while knowing the harm their products were causing to people, the climate, and the environment.
Lawsuits in state and federal courts have forced disclosure of reports from their own scientists warning of the actual and future climate impacts of fossil fuels. The industry’s response was a multi-billion dollar campaign of lies, disinformation, obfuscation and denial to mislead the American public and erode its confidence in science. The industry poured similar amounts into lobbying against Federal policies and legislation to regulate its business or tax its profits. ExxonMobil, Chevron, EOG, and other big oil firms succeeded for decades in sowing doubt and denialism among politicians and the general public.

They are now, finally, beginning to be held to account. The climate has turned nasty, the extreme weather events — hurricanes, fires, floods — have become just too frequent, too costly, too deadly. People are aware now of the threat and what is causing it. Their mood has shifted. So too has power.

Joe Biden was elected president, in part for his promise to take swift, concerted action on the climate. He has already issued executive orders rejoining the Paris Agreement and reversing many of Trump’s pro-fossil fuel, anti- environment measures. Biden’s first legislative success, the American Recovery Plan, a massive bipartisan bill to counter the effects of the Covid-19 pandemic, contained significant climate-related funding. Biden’s original infrastructure bill allocated more funds for major climate programs, but most didn’t make it into the bipartisan compromise that’s now before the Senate. Biden has indicated that his climate proposals will be included in a budget resolution bill that would need only Democratic votes.

Passage of that bill, which is still being drafted, is uncertain, but Biden “gets” the climate threat, and no amount of Republican opposition will deter his administration from launching unprecedented but long overdue initiatives to reduce the carbon emissions that are driving climate change. Federal support for the transition to clean energy means, if not the demise of the fossil fuel industry, then its obligatory transformation into one providing energy from several low-carbon or carbon-free sources.

Whether the mammoth firms that comprise Big Oil are capable of such a metamorphosis is far from certain. Their hegemony has lasted so long that their career employees, and indeed the legions who depend on or earn their livelihoods from the fossil fuel industry and its pervasive tentacles have developed complacent, ostrich-like mindsets that cannot imagine a future unlike the past they have dominated for so long. They cannot comprehend that the world has changed, and they must change too, and quickly, or they will wither and die. It doesn’t really matter how long it takes the lawsuits now or soon to be inching their way through the courts to register verdicts and impose punishing fines and strict regulations. The verdict of public opinion has already been issued: Guilty.
It may take five or 10 years for Big Oil to implode, because it is so deeply embedded in our State and national economies and in our daily lives, but the demise of Big Oil is now inevitable. Funding sources and insurance coverage are drying up; institutional shareholders are divesting; individual shareholders are selling, no longer confident that their dividends are secure, and joining the rush to invest in ESG stocks, mutual funds, and ETFs that promise and provide more socially responsible returns; demand will tank as electric vehicles gain market share, wind and solar investment comes on line, and heavy industry develops less energy-intensive production methods. Oil and gas reserves, discovered and “proven,” that are carried on Big Oil’s books, will become “stranded,” and revalued at zero. Despite its attempts to ,”green-wash” its response to the climate crisis it knowingly caused, Big Oil is still addicted to fossil fuels. However, its days are numbered. Today, the public, corporations, and governments are weaning themselves off their dependence on coal, oil, gasoline, and natural gas.
We can all be assured now that Big Oil is a dead man walking. We must do our utmost to hasten its day of destiny.

Pollution is a Problem for Everyone and the Earth

As residents of this planet Earth, it is our responsibility to be mindful of what we are doing to our planet. As the Earth continues to spin, all its inhabitants are all trying to survive and trying to fulfil their basic needs. Of the plethora of different species 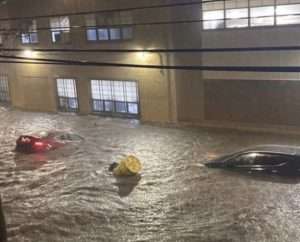 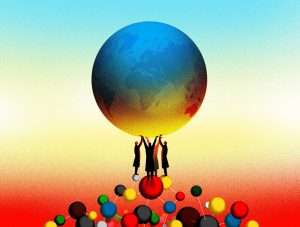 We Can Do Something About Climate Change

Climate change has been increasingly on the in this last decade and is a big concern we need to face for the next century. As a college student taking “Physics of Natural Disasters” interdisciplinary course, we are learning more about climate change.  But as just a normal citizen,