Jim Hansen is the leading scientist of the climate crisis.

A long-time NASA researcher, his home field is radiation science. Since climate change is at heart a perturbation of Earth’s energy balance, the science of radiation is key to understanding and projecting the effects of increasing greenhouse gases (GHGs). He started calculating the radiative balance of other planets, but then turned his attention to Earth.

At the NASA Goddard Institute for Space Studies, he was the lead developer of one of the first global climate models (GCMs) – the main tool that scientists use to calculate the effects of increasing GHG on the Earth’s climate system. In the 1970s, Jim gathered a small team of modelers at the Goddard Institute for Space Studies (GISS)– David Rind, Andy Lacis, and Gary Russell, among them. Together they created the GISS GCM.

They began to run simulation experiments to see what the effect of increasing GHGs by humans would have on the climate system. The results were startling. All the simulations showed warming effects that were amplified by positive feedback effects such as the melting of snow and ice in the high latitudes lowering the reflectivity (also known as albedo) of that region. This then enables more solar radiation to be absorbed at the surface, leading to yet more warming.

The GISS GCM modelers published their first major paper in the journal Science in 1981. The paper predicted that if fossil fuel burning continued there would be significant global temperature increase, and projected that the warming would be accompanied by increased likelihoods of sea level rise, loss of Arctic sea ice, and intensified droughts. Those predictions and projections are now coming to pass.

In 1988, Jim was asked to testify at the Senate Committee on Energy. It was one of the landmark events in the long struggle to have climate change accepted as a ‘real’ global threat requiring urgent action. In his testimony, Jim stated unequivocally that it was 99% certain that recent warming trends were caused by humans releasing greenhouse gases into the atmosphere from the burning of fossil fuels.  1988 was the hottest year on record at that time. Jim shared data with the Senators showing that the Earth had been warmer in the first five months of 1988 than in any comparable period since measurements began 130 years ago.

To explain how increasing greenhouse gases in the atmosphere work to increase the chances of warmer temperatures in the summer, Jim devised what he called the ‘climate dice.’ An ordinary set of dice has two 6-sided cubes  with each side having an equal chance of coming out on top. Jim created a set of cubes basing them on summer temperatures between 1951 to 1980. Jim’s climate dice had four red sides for hot summers, one blue side for cool summers, and one side for in between. The dice were ‘loaded’ to reflect the heat-trapping effects of the human-caused increases in atmospheric greenhouse gases.

Working with Sergei Lebedev, Jim was the first to calculate the global surface air temperature and its change with time from meteorological records all over the world. Thus he not only modeled the temperature rise mathematically, he was ‘ground-truthing’ it by comparing the model simulations to observations. The procedure to track global surface temperatures, which Jim and Sergei originally set up, is still being carried out today at the NASA Goddard Institute for Space Studies. Since then other organizations (in the UK and at NOAA) have joined with variations of the procedure.

Through the years, Jim continued his work as a scientist, but increasingly became an activist, calling out the lack of governmental response to  climate change. He was motivated by the slow pace of action and the obfuscation by climate denialists of the science

Hansen’s 2008 paper inspired the name for the activist organization, 350.org. The name refers to the 350 parts per million CO2 that Jim and his co-authors established as the safe upper limit for carbon in the atmosphere. Current levels are above 415 ppm as of June, 2021, indicating that the world is dangerously over its limit and at risk of major disruptions to come.

Hansen has written letters to numerous world leaders about the dangers of climate change, including most recently to UK Prime Minister Boris Johnson. The letter to the UK Prime Minister was prompted by Johnson’s decision to open a new coal mine in Cumbria. In the letter to Johnson, Jim called on him to stop all support for fossil fuels and ‘earn a special place in history’ for tackling the climate crisis. He wrote:

“In leading the UK, as host to the COP, you have a chance to change the course of our climate trajectory – or you can stick with business-almost-as-usual and be vilified in the streets of Glasgow, London and around the world.”

Hansen has participated in many climate protests. One led him to be arrested in 2010 outside the White House during a protest against the Keystone oil pipeline. That long-contested project was finally cancelled by its Canadian sponsor in June 2021.

Retired from NASA, Hansen continues to publish scientific papers, but also writes popular books about climate change aimed at a wider audience. These include Storms of My Grandchildren: The Truth About the Coming Climate Catastrophe and Our Last Chance to Save Humanity, published by Bloomsbury USA in 2010.

In a recent interview, he said:

“I do think that more scientists need to be as clear as they can in communicating the implications of the science to the public.  . . . We have a society in which most people have become unable to understand or appreciate science,  . . .  that’s a communication problem which we need to . . .  alleviate.”

When asked by a reporter about being an alarmist, Jim replied:

“The scientific community is getting more and more concerned about the fact that we’re pushing the system beyond tipping points and things are happening. I don’t think that I have been alarmist — maybe alarming, but I don’t think I’m an alarmist.”

In summary, Jim has been prescient in knowing there was a problem with humans causing changes to the radiation balance of the Earth and understanding how to go about investigating it. He did not stop there, however, and went forward boldly to try to solve the problem of climate change as well. The leadership of Jim Hansen indeed stands as an alarm for climate change science, communication, and action throughout the world.

Deep sea mining is a climate story. It’s a disaster waiting to happen. If undersea mining destroys poorly understood ecosystems, the results could be catastrophic for ocean life and the billions of people who depend for their lives and livelihoods on the life forms from large mammals like 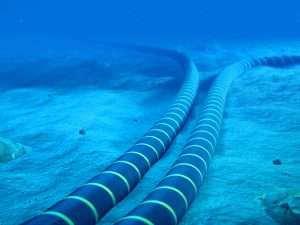 Time’s Up. Cities must go Green now Despite Opposition

New Yorkers can rejoice: Chippy, or known formally as the Champlain Hudson Power Express (CHPE)  is the city’s big but controversial clean energy project that just cleared its final hurdle. It ain’t perfect, but not to build it would convey the message worldwide that trying to wean the