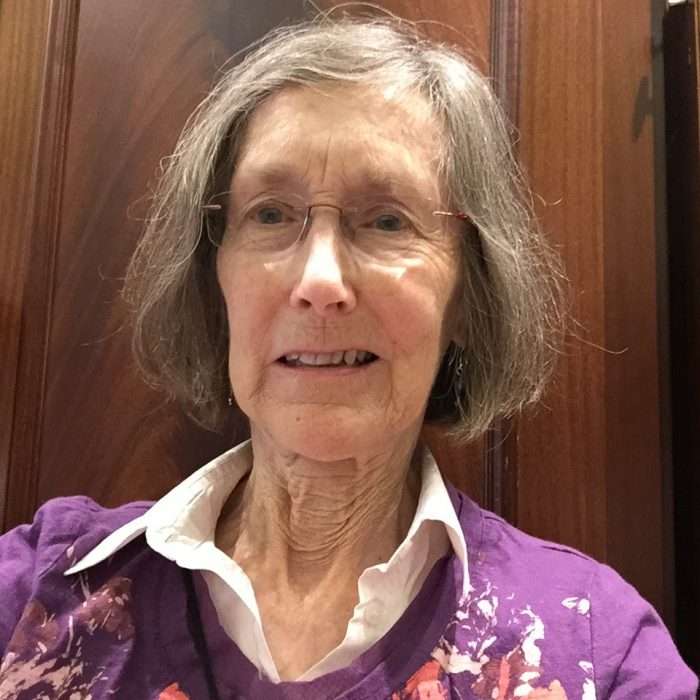 When?  Australia battles bushfires every year, but the December 2019 –January 2020 fire season was decisively one of the worst – much earlier with more fires getting very big, very early. Starting in September, 2019 in New South Wales, subsequently in six Australian states, massive bushfires formed that became “coupled” with the atmosphere, generating their own lightning and gusty, violent, unpredictable winds, fomenting thunderstorms and fresh voracious fires.  Fueled by a combination of extreme heat, unusually long drought and strong winds, numerous wildfires swiftly escalated and raged out-of-control.

Bronwyn Adcock in The Monthly of February 2020, vividly conveys what she titles ‘Living Hell’, the on-going horror of eastern NSW’s prolonged bushfire siege: The enormity of roiling greyness, searing heat, capricious winds, scorched stench, crackling tree-top foliage, roaring house-high flames!  Roads blocked, helicopters buzzing overhead like giant dragon flies, fire trucks and heavy vehicles ‘in battle’; the desperate worry, utter helplessness of people in the path of Nature’s fury.  Where will it strike next?  Radio news up-to-date or delayed? Not knowing!  Life and death decisions to go or stay!  Loss of photos, food, furniture, farm and forest; the blackened ruins of homes cordoned off for safety.

Where? As voracious blazes intensified in the days leading up to New Year’s Eve, thousands of people were forced to evacuate, seek shelter or detour extensively from New South Wales coasts and Victorian Gippsland beaches.  Massive evacuations, such as that from Mallacoota played out in the hardest-hit regions of the southeast due to capricious winds pushing flames through towns. Accompanying smoke became another disaster. On January 1st, Canberra recorded its worst pollution ever, with an air quality index many times higher than “hazardous.” Smoke in Sydney even infiltrated hospitals, affected x-ray machines, and exacerbated pulmonary distress. Smoke from massive bushfires has been linked to more than 445 deaths.

How Many People and Firefighters Died?  On 4 February 2020 Prime Minister Scott Morrison confirmed in a speech to Parliament that 33 people died including 9 firemen, 3 of whom were Americans, as a result of the 2019–20 bushfires.  As comparison, in Victoria’s 2009 ‘Black Saturday’, 173 people died, with another 414 people injured in Australia’s worst fire fatalities.  A 2020 Royal Commission thoroughly investigated the Bushfire Crisis, making numerous recommendations on improving response procedures.

In spite of 3,000 Australian Army Reservists, bringing their own planes and equipment, ‘there was not much more that firefighters could do until there was enough rainfall to stop the blazes or the fires ran out of fuel and burned themselves out.’.  The fires in New South Wales were finally declared “contained” on February 13th.  Relief came after torrential rains drenched several regions in wettest weeks in up to three decades.

How Many Houses Burned?  On 12 February 2020 the NSW Rural Fire Service (RFS) reported 2,439 homes had been destroyed.  And on 28 February Australasian Fire and Emergency Service Authorities Council (AFAC) stated a total of 3,094 houses had been lost across NSW, Victoria, Queensland, ACT, Western Australia and South Australia.

How Much Land Was Damaged?  The AFAC Report also recorded over 17 million hectares had been burned across NSW, Victoria, Queensland, ACT, Western Australia and South Australia.  Between July 2019 and 13 February 2020, the NSW Rural Fire Service reported that 11,264 bush or grass fires burnt 5.4 million hectares (13 million acres).  More than 80% of the World Heritage listed Greater Blue Mountains Area and 54% of NSW components of the Gondwana Rainforests in Australia World Heritage property were affected by wildfire.

How Many Animals Died?  Australian wildfires have been declared among the ‘worst wildlife disasters in modern history’.  Estimates indicate more than one billion animals, birds, fish, reptiles were killed in the bushfires, with more than 800 million of those in NSW.  Sydney Science Professor Chris Dickman’s 8 January 2020 calculations were deliberately conservative, ‘the true mortality is likely to be substantially higher.  On Kangaroo Island, S.A. populations of indigenous Dunnarts, Black Cockatoos and Koalas were decimated.

Links to Climate Change – Firestorms are not new to Australia. It’s typically hot and dry, similar to conditions in California or the Mediterranean.  Some ecosystems, like eucalyptus forests, are prone to fires and will come back.  Australian Eucalyptus forests have a unique relationship to fire; some trees actually depend on fire to release their seeds.

As noted, bushfires are the result of extreme weather conditions acting on vegetation to fuel ‘super-fires’.  Most commonly these begin with lightning strikes but sometimes from human-influences – mostly accidental, such as a stray spark from farm machinery or organic spontaneous combustion.  Extreme heat and drought, two manifestations of climate change, create copious tinder to fuel wildfires.

Since the mid-1990s, southeast Australia – where most Australians live – experienced a 15% decline in late autumn-early winter rainfall and a 25% decline in average rainfall in April and May.  NSW experienced its driest year in 2019.  By January 2020, Australia faced a severe drought, spurred by three successive winters with very little precipitation. Dry weather, high temperatures, and wildfires go hand-in-hand.

At a basic level, rising levels of atmospheric greenhouse gases change the Earth’s radiation balance allowing less heat to escape.  Several key ‘modes of variability’ impacting on Australia worsened 2019 bushfire-prone conditions. ‘The Indian Ocean dipole was in a “positive phase”, which draws moisture away from Australia and tends to deliver less rainfall.  That the number of extreme positive dipole events goes up as climate heating continues was evidenced in various technical Nature Communications journal studies.

An Applied Meteorology and Climatology 2017 study of 67 years of Forest Fire Danger Index data found a “clear trend toward more dangerous conditions during spring and summer in southern Australia, including increased frequency and magnitude of extremes, and indicating an earlier start to the fire season”. That trend continued in 2019, which was the riskiest year for bushfires, based on records going back to 1950.

The heightened intensity and frequency of wildfires accords with ‘Shared Socioeconomic Pathways’, scientists’ predictions for a warming world. Extreme heat and volatile conditions can exacerbate early season burning, not normally seen in Australia.  They can be considered a function of climate change.

‘The southern annular mode (SAM) was in a “negative phase” as the bushfires took hold in November- December, 2019. This phase was generated by a sudden warming event in the stratosphere above Antarctica. This caused westerly winds to track further north, blowing hot air across the continent into fire-prone areas, further fanning flames.

There were warnings.  In advice issued in November 2019, Australia’s National Environmental Science Program was unambiguous. ‘Human-caused climate change has resulted in more dangerous weather conditions for bushfires in recent decades for many regions of Australia.’

Political Responses – Despite a determined political smokescreen, scientists are in no doubt that global heating has contributed to Australia’s fire emergency.  During that long, hot summer, Graeme Readfern in The Guardian noted how Liberal spokesperson deflected and denied climate change as Australian bushfires raged wildly. Ancillary factors such as hazard reduction and arson were cited out of proportion to their actual effects.  Prime Minister Scott Morrison continue to resist linking climate change and  bush fires to any emissions reduction method, preferring inaction, defense of coal & other fossil fuels, going slow on global UN Paris accord guidelines and reluctantly cutting short his Hawaiian vacation.

Thousands of protesters took to the streets in Sydney, Melbourne, and other capital cities across Australia on January 10th. Demonstrators called for an end to fossil fuel subsidies and action on climate change; they shut down some roads while demanding that Prime Minister Morrison leave office – opposition to ‘climate denialism’ consistently expressed.  Bronwyn Adcock experienced the prolonged terror and has eloquently written of the community trauma thousands endured as they responded to threat, dislocation, loss and grief.

“Australia must take stronger action as part of the worldwide commitment to limit global warming to 1.5° C above the long-term average to reduce the worst impacts of climate change,”  Pioneering biochemist and molecular biologist, Prof John Shine,  19th president of the Australian Academy of Science, elected in 2018.

Australian Russell Crowe skipped the Jan. 5th Golden Globes awards ceremony because of the blazes (his mid-north-coast home had been ravaged by bushfires in November).  After he won a Best Actor for ‘The Loudest Voice’, his message was read: “Make no mistake. The tragedy unfolding in Australia is climate change-based.”

“We’re probably looking at what climate change may look like for other parts of the world in the first stages in Australia at the moment,” Professor Chris Dickman summed up the continent’s traumatic, tragic start to 2020.

https://www.theverge.com › australia-wildfires-koalas-cl… What you need to know about the Australia bushfires,By Justine Calma@justcalma Updated Feb 13, 2020