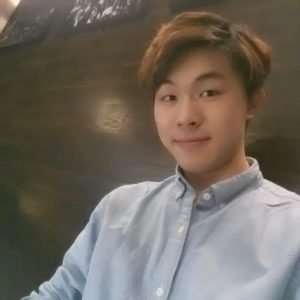 Global warming and climate change are profoundly affecting the world environment, human health and global economic sustainability. As the climate warms, the rate of species extinction will continue to increase. And those endangered species that are already under the pressure of pollution and predatory development and broken ecosystems will be more difficult to meet the challenges of climate change.

The impact of climate change is comprehensive, with both positive and negative impacts, but negative impacts are of more concern. Global warming has already affected my home country, China. The warming of the climate has resulted in less precipitation in northern China. Severe water shortages are difficult to solve, and the frequency and intensity of droughts are also increasing. This will lead to grassland soil erosion, which will increase the trend of desertification where encroaching desserts ruin farmland and villages that no longer become inhabitable.

Global warming has caused the thermal expansion of oceans and melting of glaciers, causing sea levels to rise. A variety of coastal disasters will be intensified, such as flooding a large number of tidal flat resources causing saltwater intrusion in coastal lowlands and estuaries. Tide water will also cause land flooding, hinder sewage discharge, and expand coastal and beach erosion. In particular, it will increase the danger of storm surge. For example, under the condition of a 50cm (19.685 inches) rise in sea level, the Yangtze River estuary, which runs for 3,900 miles from the Tibetan Plateau to the estuary of the East China Sea near Shanghai, is the largest estuary in China with a large tidal range. The current storm surge that usually happens once in 100 years will now happen once in 50 years. At the Pearl River Estuary, it is now 50 years. What happens when the storm surge comes once every 10 years?  If we consider the increase in the frequency of typhoons in the future, storm surge disasters will become more serious and life threatening.

Climate change has changed my life a lot. When I was a child, I remember that I needed to wear a lot of clothes to keep warm in winter. But as I grew up, I felt that the winter is not as cold as before. Because of the effect of warming, cold winters are not as long as before. In addition, the hot temperature in summer is also hotter than before. Now, when it’s summer, my sweat quickly soaks my clothes. This affects my mood and makes me hate going out in the summer. At the same time, in the summer I need to turn on the air conditioner frequently, especially at night when it’s hot and difficult for me to sleep. This causes me to pay more electricity bills in summer.