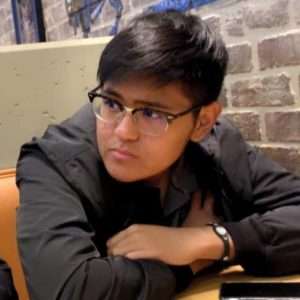 We often look for innovations which help make our daily lives easier. There are countless technologies which make that happen. Because global warming is a problem due in part, to the rapid increase of CO2 (Carbon Dioxide) emissions, several technologies are now being used to mitigate global warming, technologies like solar panels, wind turbines, electric vehicles, electrolyzers, and carbon capture and storage that must be mitigated as much as possible.

Solar panels and wind turbines are technologies which have been around for a very long time. They were not used much since the prices for such products were very high, but now that they have been improved and found more useful, they are becoming affordable. Solar Panels and Wind Turbines can generate electricity with the use of sun and wind. The whole process does not release greenhouse gases into our atmosphere.

Electric vehicles are also in the rise, they can help mitigate global warming. Newly developed lithium-ion batteries can now be charged more times and at a faster rate, and not only that, but also their batteries can act as an electricity storage system. According to the International Energy Agency, the total number of electrical vehicles passed about 5 million in 2018. This shows that a market is growing and can help mitigate climate change since electric vehicles does not emit greenhouse gases compared to traditional cars.

A process called “Power-to-X” is also in the rise. It’s basically a way to store energy in different forms. For example, an electrolyzer can be used to extract hydrogen from water and store its renewable energy. This article states: “Engineers run an electric current through water and collect the hydrogen molecules that break off. These can be burned for heat, stored in fuel cells or turned into chemicals such as methane for processes that require fossil fuels” (Niranjan). This new process can be used to slow down or capture excessive CO2 emissions in places that are heavily industrialized.

Carbon capture and storage is one of the promising ways to achieve a global target of limiting global warming to 1.5 degrees Celsius. The global target seems to be impossible to meet since according to IPCC (Intergovernmental Panel on Climate Change) we would need to remove between 100 billion and 1 trillion tons of CO2 this century. Planting trees and plants can be a way to help achieve the global target, since their photosynthesis extracts CO2 from the atmosphere and turn it into oxygen, but planting so many trees and plants would take up too much land, which would then affect the other sectors. For example, we also need a lot of land for growing food. Additionally, planting more trees and plants can also lead to forest fires which release even more CO2 into our atmosphere. Some companies are now trying out new ways to capture and store CO2. They are capturing CO2 from biomass plants and storing them underground. This is done by burning recently grown plant matter. According to the Global Capture and Storage Institute, there are only 19 facilities which can perform such things and that means that we need to find more ways to be able to meet the global target.

All in all, the discussed technologies as well as new ways to mitigate global warming will surely help us meet the global target to limit global warming to 1.5 degrees Celsius. Furthermore, we should also try our best to limit our own CO2 emissions from our daily activities that we can control by using alternatives like energy efficient appliances, donating to climate change causes, recycling, and more.