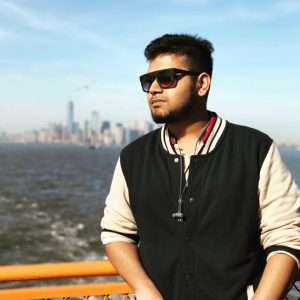 Climate change is causing damage to communities and infrastructure, damaging livelihoods, and even forcing people to be evacuated from their homes, towns, and even countries globally. Because of climate change, environmental degradation is happening such as droughts, sea-level rise, and melting permafrost and Bangladesh is on the frontline of these disasters.

Speaking of being on the frontline, Bangladesh is extremely vulnerable to the impacts of climate change because of its high population, insufficient infrastructure, and low elevation causing economic damages in farming sectors. Even though people used migration as a coping strategy, it is not enough when faced with the consequences of climate change. As a result, more people are being evacuated from their homes and their land because of frequent and severe hazards such as sea-level rise, cyclones, storms, erosion, drought, flooding, landslides, and salinization. According to a study, an estimated one in every seven people in Bangladesh will be displaced by climate change.

28% of the total population of Bangladesh lives in the coastal area where sea-level rise causes frequent tidal flooding resulting in displacement. Researchers found that two-thirds of Bangladesh is less than five meters above sea-level and a projection of a 50cm (19.68 inches) rise in sea-level may cause Bangladesh to lose approximately 11% of its land by 2050, causing up to 18 million people who may have to be evacuated. The process of salinization, which is when salt is concentrated in the soil or in the water supply caused by flooding by seawater, has been worsened recently by rising sea-levels contaminating coastal drinking water supplies with salt, leaving almost 33 million people vulnerable to health problems such as preeclampsia during pregnancy, skin diseases, respiratory infections, etc. Salinization also badly damaged crops, and rising salinity doubled the risk of soil degradation causing major damages to the agricultural system which is the mainstay of the Bangladeshi economy. Gopal Munda, a farmer from Kara Mura, southern Bangladesh explained, “Once this village was green with paddy fields. But now the water is salty, and the trees have died. We can only farm shrimp. I am devastated when I think that I will have to move”. Sea-level rise also puts the vast mangrove forest that protects southern Bangladesh from major tropical storms and cyclones at risk of inundation.

Tropical storms have been striking frequently and severely in the coastal regions of Bangladesh resulting in loss of human lives, damages to properties and infrastructures and disruption of livelihoods and agriculture. In 2016 alone there were four major cyclones:  Roanu, Kyant, Nada, and Vardah that originated in the Bay of Bengal, where usually people expected only one cyclone. Nazmul Huque, an assistant meteorologist, said: “This year, the number of signals [storm warnings] was more than any other year in the Bay of Bengal. Two or three depressions occur normally, but this year there were seven or eight, and four cyclones.”

Approximately 50% of people living in Bangladesh’s urban slums were forced to flee their rural homes because of riverbank erosion which is the primary cause of climate displacement inland. People who live on Bangladesh’s river islands, also known as chars, are especially at high risk since chars can be formed or completely eroded over weeks or even seven days. Besides erosion, river flooding is also causing significant damages under climate change as increasing rainfall turns into more erratic. Also, river flows alter because of the melting of the Himalayan glaciers. Ruma Begum, from Mehendigonj who was forced to migrate to Dhaka, the capital of Bangladesh, said, “There were between 100 and 150 families along the riverbank. All their homes were washed away. We lost everything.”

The international community and other partners need to support the government of Bangladesh in implementing a range of initiatives to protect these people from the effects of climate change. One of the initiatives can be technology being promoted by UNICEF and other partners help the coastal communities protecting their major supplies of drinking water against the disruption of saltwater from the sea. Climate change is a global issue; therefore, we need to face this challenge together and help each other.