What if NYC Experienced a Major Earthquake Due to Climate Change? 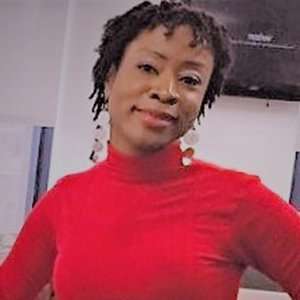 Climate change is defined as: “Both the global warming driven by human emissions of greenhouse gases, and the resulting in large-scale shifts in weather patterns.”It is a universal phenomenon riddled with controversy, suspected of triggering climatic natural disasters, such as earthquakes.  Climate change is sparked by human activity, which has impacted its worldwide acceleration since the mid-20th century.  Day to day activities release carbon and other harmful elements into the atmosphere.  Surprisingly, the most threatening contributor is water vapor, because unlike the carbon footprint, it cannot be controlled, evolving from surface water and then transported by trees.

New York City is a very unique, progressive, innovative, and energetic place,  oftentimes portrayed as a powerful, indestructible force.  It has been riddled with catastrophic events, both natural and unnatural, yet always seem to recover, regenerate, and metamorphisize into a bigger and better metropolis.  On September 9th, 2020 at 2:00am, a 3.1 magnitude earthquake took place in Freehold, New Jersey, and was felt in some boroughs of the NYC area.  Many believe that New York City is long overdue for a major earthquake, and that climate change may just activate this.  The last key quake directly inside NYC occurred in August of 1884, measuring  5.0 on the Richter Scale.  It was concentrated off of Rockaway Beach in Queens, N.Y. and was: “…felt over 70,000 square miles, opening enormous crevices near the Brooklyn reservoir, rocking the Brooklyn Bridge and knocking down chimneys and cracking walls as far away as Pennsylvania.:” A growing number of geological scientists and intellects believe that climate change is a contributor to natural disasters likes like earthquakes, due to the change in weather and atmospheric pressure, which is generated by other natural disasters like floods.  This leads one to question how NYC would fare if it experienced a level 6 or 7 earthquake.  What climatic event would trigger this, and is this town prepared?  Finally, could NYC realistically and successfully recoup, revamp, redevelop, and refocus?  Or would the result be too devastating to repair?  This article explores these concerns.

Earthquakes are defined as: “The ground shaking caused by a sudden slip on a fault. Stresses in the earth’s outer layer push the sides of the fault together.  Stress builds up and the rocks slip suddenly, releasing energy in waves that travel through the earth’s crust and cause the shaking that we feel during an earthquake.”Geophysicist Paul Lundgren of NASA’s Jet Propulsion Laboratory in Pasadena, California believes that there is some validity to climate change instigating earthquakes. Thanks to the, “…widespread adoption of new technologies such as GPS that have greater spatial distribution and sensitivity, people have also begun looking at other second-order effects— other factors that might have an influence on earthquakes.”  There is a growing community of seismologists, other geological scientists, and intellectuals who believe that climate change is a contributor to earthquakes.  In the book, Waking the Giant: How a Changing Climate Triggers Earthquakes, Tsunamis, and Volcanoes, Bill McGuire, a volcanologist and professor of geophysical and climate hazards at the University College London, argues that climate change: “may play a critical role in triggering certain faults in certain places where they could kill a hell of a lot of people”. He asserts that, eH“Changes deep in the Earth’s crust, caused by the lifting or imposing of the weight of ice and ocean water at the surface….relates to earthquakes as well as volcanoes.  For earthquakes, the evidence points to changes in sea levels, as well as the melting of ice.” NYC has experienced changes in sea levels.  A report published by the Nature Conservancy reports that climate change,  “… is estimated to cause the sea level along the coast of New York City to rise anywhere from one to three and a half feet by 2080 at a cost of billions of dollars in lost property and assets. Storm surges affecting shoreline properties will also increase by as much as 15 feet in that same timeframe. Wide-spread coastal flooding, accelerated beach erosion, and the disappearance of important barrier and recreational beaches are all predicted to occur as a result of rising sea level.’ There are several faults running across the boroughs, divided into two categories of northeast and northwest, “… but a few stand out for their size and prominence: the 125th Street Fault, the Dyckman Street Fault, the Mosholu Parkway Fault, and the East River Fault.  The 125th Street Fault is the largest, running along the street, extending from New Jersey to the East River. Part of it runs to the northern tip of Central Park, while a portion extends into Roosevelt Island.” The possibilities of a level 6 or 7 earthquake in NYC is not impossible according to Columbia University Earth’s Center 08/21/08 article, Earthquakes May Endanger New York More Than Thought, Says Study: Indian Point Nuclear Power Plant Seen As Particular Risk.  Co-author Leonardo Seeber asserts that, “people underestimate the hazard…. Any conservative approach will look at geologically similar environments…we are similar to Bhuj, India [where a 2001 magnitude 7 quake killed over 15,000 people]. There was no obvious sign of strain there. There is a mystery here to be solved, and we better step back and do our homework.”

The reality is that New York City is currently not equipped to handle a level 6 or 7 earthquake.  Numerous structures built during the Pre-War Era would immediately crumble in a quake of this scale as they are not seismically sound.  Older constructions, “such as brownstones, lack adequately reinforced masonry and may possibly crumble, according to a 2005 report from the New York City Area Consortium for Earthquake Loss Mitigation, a group comprised of concerned private and public officials. They also noted that buildings sitting on softer soil instead of being securely attached to solid bedrock were more likely to topple over. Areas like Chinatown and the Upper East side are particularly vulnerable. According to the Columbia University Record of March 3, 1995, “High-rises are at risk if they are built on soft soils, which dramatically amplify ground shaking and often become liquid-like during earthquakes…. Unlike the World Trade Center and the Empire State Building, which are more safely anchored on rock, Battery Park City, Starrett City and Co-op City are all built on soft soils.” Another concern is, after reviewing their website, the New York City Department of Emergency Management does not have a concrete or NYC specific earthquake evacuation preparedness plan.

New York City is becoming more prepared for a seismic catastrophe.  Newer buildings are designed to withstand between level 5 and 6 quakes after the first NYC Earthquake Building Codes were enacted by Mayor Rudolph Giuliani in 1995. This regulated: “…set minimum construction standards to make buildings resistant to earthquakes registering up to 5.5 on the Richter scale. They will apply to all new buildings more than three stories high…. New buildings will have to have reinforced foundations, strengthened joints, iron rods in walls, anchors connecting floors to exterior walls, and revised load factor formulas–all designed to keep buildings standing.” Fordham University and Columbia University’s Earth Center have been studying NYC seismic activities for decades, monitoring fault line movements with sensors and developing earthquake specific standards.  In addition, Taylor Devices, an innovative company in Towanda, N.Y., has developed seismic shock absorbers that will secure New York City bridges from crumbling during a level 7 or 8 quake.  “Taylor Devices … has patented earthquake shock-absorbers which stabilize buildings, bridges, and elevated freeways during temblors [sic] to help prevent them from falling. Taylor Devices has worked on more than 350 building and bridge projects worldwide, including the Guggenheim Museum in New York and the Seattle Mariners’ baseball stadium.”

New York City is a very unique, progressive, innovative, and energetic place, oftentimes portrayed as a powerful, indestructible force.  It has survived many natural and unnatural catastrophic events.  In the end, it could also survive a level 7 or 8 quake with quality preparedness, continual research, regulations, technologically advanced innovations, and study of countries like Burma and Japan who have survived these seismic events.  “Earthquake hazard mitigation is a constant race against time–human time against geologic time. The new building codes will have a real benefit in 50 to 100 years , as one by one, New York City structures are built to withstand earthquakes that will happen. It’s only a matter of time.”

Vital Signs of the Planet. Retrieved September 22, 2020, from https://climate.nasa.gov/news/2926/can-climate-affect-earthquakes-or-are-the-connections-shaky/