Suppose There was a Climate Disaster in Iowa and Nobody Knew?

Senior Editor and CY contributor
Which is worse? That Iowa got devastated on Monday of last week or that almost nobody knows about it? What hit Cedar Rapids and Central Iowa was a derecho (Spanish for straight), a rare phenomenon that features a series of straight line thunderstorms with hurricane-force winds that form quickly and strikes with little warning. This one had 112 mile-per-hour winds, lasted for half an hour, and flattened 13 million acres of corn, about a third of Iowa’s crop. It leveled trees, damaged 8200 houses and buildings, knocked out power and made communications sporadic. Perhaps that’s why so few people heard about it. Annie L. Scholl wrote for Huff Post about the disaster and about Iowans’ anger that nobody noticed. 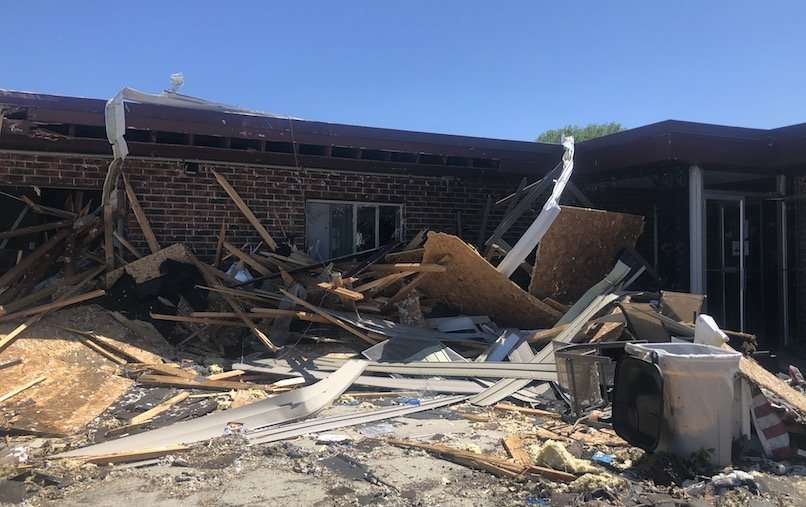 As natural disasters go, this was a big one. Yet national news didn’t pick up the story until the Washington Post ran a story four days after it happened. Had it struck during Primary season, when the media descends on Iowa to cover the candidates and their campaigns in great detail, the event would have led the nightly news for days. As it was, it took Iowa’s governor almost a week to ask Washington for a Declaration of Emergency. Iowans are stoic, resilient, and nice. They’ve been through disasters before and they pick themselves and their neighbors up. But they’re more than a little resentful at being so ignored by the media.

Many reasons contribute to Iowa’s sense of isolation, and its actual isolation. It’s a failing of media, which is based in cities on both coasts, and tends to focus on local news, politics, and finance. Technology has migrated advertising to the electronic media, removing the main revenue source of local newspapers, forcing many to close or be taken over. Aviation has enabled people to fly from coast to coast without seeing, passing through, or stopping over in the hinterlands. Out of sight, out of mind. Technology in general has speeded up the  pace of life. The concentration of wealth and power in just a very few, the 1%, has made it harder for the many to make ends meet. Staying afloat requires so much time and effort that few can focus for long on much else. So what happens in Iowa stays in Iowa.

That we are ignorant of Iowa events is our loss, because the increasing frequency, severity, and cost of extreme weather events elude our notice.  Yet these are signal harbingers of the coming climate crisis. We therefore don’t experience a growing sense of concern that climate change might actually affect us, so we don’t prepare ourselves for that eventuality. Nor do we act to prevent a climate disaster from becoming inevitable.

That is why it matters that Iowa can experience a horrific natural disaster without our knowledge. Our collective inaction makes  climate catastrophe inevitable. 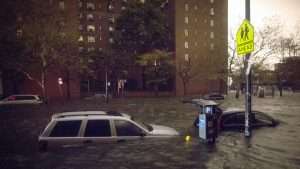 Sink or Swim: A City Under Water By City Tech Blogger SM Murad

Hurricanes have different variations and they are mostly formed in the North Atlantic Ocean or Northeast pacific. Hurricanes are very similar to Cyclones and Typhoons, they are named differently based on their geographical location. Whatever the case is, the damage is almost always devastating. Hurricanes rip through their 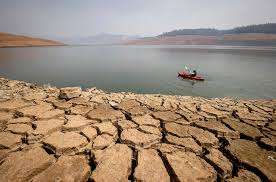 Drought occurs when there is a lack of precipitation for a long length of time (often for a season or longer). Drought indicators include rainfall, temperature, river discharge, ground as well as reservoir water depth, soil moisture, especially snowpack. Warming temperatures have a direct impact on the risk 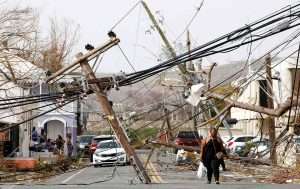 In the face of climate disasters, many governments are taking a shortsighted, counterproductive approach to adaptation that not only fails to look holistically at climate impacts over time but also may worsen them. This includes building “inflexible infrastructure that cannot be adjusted easily or affordably” — think new