The picture that is included in this blog post is of a type of cactus known as Echinopsis and also known as Echinopsis calochlora. The picture was taken at the Brooklyn Botanical Gardens early mid winter, 2020. Specifically, this type of cactus is also called sea-urchin cactus. Echinopsis calochlora and most cactus species have features that allow them to survive in dry environments with extreme heat. As climate change is an ever-present problem in the modern world, humans have to sometimes face extreme weather events as a result. Droughts are one of such events, and droughts cause desertification, which is the change of fertile lands into deserts. There are plant species that are able to survive in deserts, and we should look into them for use for the future. There are some species in the cactus family of plants that can be useful for living in a harsh environment due to certain unique traits. 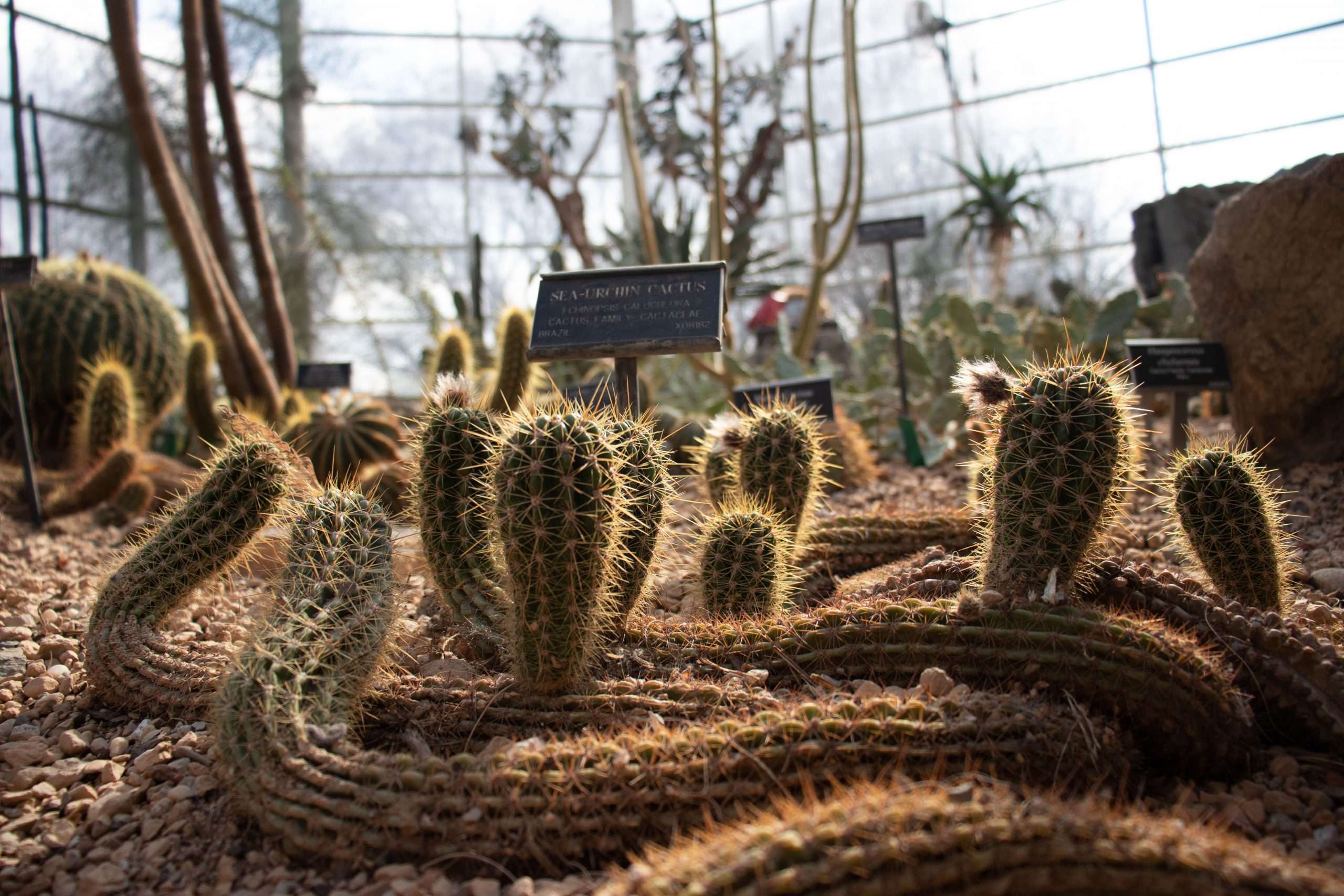 How Cactus Survive in Dry Areas

The cactus family of plants have anatomical and behavioral features that help them survive in areas with very little precipitation. Rains in deserts come in short bursts, so cactus have features that help them to store water and prevent water loss. Cacti plants are succulents, and succulents usually absorb water through leaves; however, cacti plants do so through their stems. There are no leaves on cactus and instead they have spines. Spines protect cactus from predators that are looking for water, and having leaves will mean more surface area where water can evaporate due to heat (Chaney, par. 2).

A cacti also performs a type of synthesis during the night, known as CAM synthesis, where it opens its stomata and takes in carbon dioxide (CO2). The plant stores the CO2 for use during the day when sunlight is out, and does not absorb CO2 during the day like most plants do because it would cause the cacti plant to lose water due to evaporation through its stomata (Valentine, par. 4).

Now that we have looked at some of the features of the cactus that helps it to survive in a harsh environment, we now should look at cactus species that we can use in some ways. Since cactus are very hardy plants, having a specie that is useful could be proven advantageous to us when droughts become a danger to human survival.

Prickly pear cactus, also known as Opuntia, is another genus of cactus separate from Echinopsis. Among them, the Opuntia ficus-indica is a specie of prickly pear cactus that is edible and grow in warm regions throughout the world. The fruit and the pads on which fruits and flowers grow are edible and can be used in several ways, such as cooked, boiled into jelly, and fermented to make alcohol (Gardenia).

Care should be taken to prepare after harvesting the edible parts as the pads and fruits have small, prickly spines that can get stuck on skin. The plant is generally disease-free, and does not require much in terms of watering, but will appreciate some during the dry summer months although not required. Prickly pear cactus, as a source of food, is popular in Mexico and Central America, and is gaining popularity in the U.S as a gourmet and exotic option (“How to Eat Prickly Pear Cactus.”).

According to CactiGuide.com, The Hylocereus genus, also known as Honolulu queen is another type of cactus that can be used for food and it is best known for producing dragon fruits, which I really enjoy eating (“Hylocereus”). The specie Hylocereus undatus is widely found in Asia as dragon fruits with bright red skin and short to medium-length scales, hence the name dragon fruit. The fruit itself comes from the big flowers that Hylocereus undatus produces (Spritzler, pars.1-6). The meat of the fruit is white a lot of times but can also be pink. The taste is really sweet and juicy, and the texture is firm but softer than apples and similar to mangoes. There are also numerous small black seeds in the fruit that provide some crunchiness when you take a bite.

As for the Echinopsis calochlora, it is not an edible type of cactus, however it produces amazing-looking flowers. Fragrant, 4-inches in diameter, white flowers bloom from late spring to early fall, opens from late afternoon or early evening, and last until the heat of the next day (Cathey, par. 1). It seems the flowers of this cactus does not like the sun.

So in summary, cacti plants that are able to survive in harsh environments leave open possibilities of using them in some way as an adaptation strategy against droughts caused by climate change. The prickly pear can be used for food and the Hylocereus genus produces dragon fruits which is simply amazing. And the Echinopsis calochlora, while not usable as a source of food, looks great in gardens with its huge and fragrant flowers.

RD, CDE, Spritzler, F. “What is Dragon Fruit and Does It Have Benefits?” 25 Jan 2019. Healthline, Health Media and Red Ventures Company, https://www.healthline.com/nutrition/dragon-fruit#what-it-is 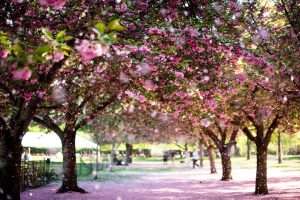 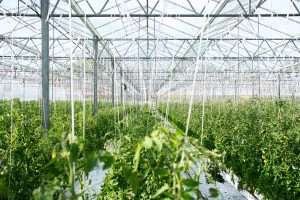 For the first time in a long time, I went to the and unexpectedly enjoyed it even though it was a required class trip. I found it amazing that the major environmental factors that we talk about in class were demonstrated in such a relatively small garden. The greenhouse 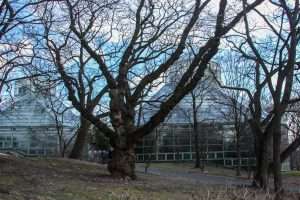