What Students Can Do to Help Slow, Stop, or Solve Climate Change 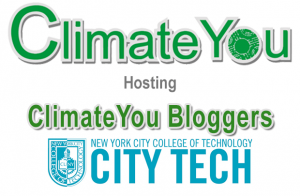 Climate change refers to the transformation or modification of the earth’s climate over time. Climate change involves the melting of glaciers, the rise of sea levels, warmer temperatures, drought, storms, and more. However, most importantly, human activities such as deforestation, industrialization, electricity, and transportation, promote the release of greenhouse gases, such as carbon dioxide and methane into the atmosphere, thereby contributing to climate change. Therefore, reducing climate change requires humans to modify their behavior. As a student, I can contribute to climate change reduction by using reusable products, recycling, and conserving energy.

First, the 3Rs, reduce, reuse, and recycle can help mitigate climate change. When fewer products are used, and previously used products are reused and recycled rather than brand new ones bought (e.g., disposable water bottles, plates, and cups), we can decrease the extent of waste sent to the landfill. At the same time, we can save on the energy used to create the products. Waste sent to the landfill takes a long time to decompose and results in the release of hazardous chemicals and gases into the air, water, and soil. This leads to environmental pollution, which is known to cause many harmful effects on humans, such as certain cancers.  According to abcnews.com, 35 million tons of plastics were produced in 2017 alone, of which 27 million tons were discarded in landfills. Thus, a very high percentage of plastics continue to enter the landfill, thereby perpetuating the problem and worsening climate change. Much more can be done to reduce, reuse, and recycle plastic waste. Recently, New York City imposed a new law banning plastic bags from mitigating trash in the effort to reduce climate change. The ban on plastic bags has also motivated me to be more involved in this effort by reducing waste contributing to lessening climate change. 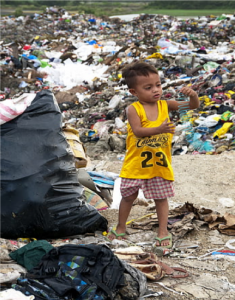 Second, the conservation of energy is also essential in decreasing climate change because it also reduces greenhouse gas, which is responsible for global warming. For example, we can conserve power by turning off the lights and computers when not in use, going paperless, printing on both sides of a page, and reducing the extent of printed materials. These simple steps not only reduce costs but also decelerate climate change. When I minimize printing paper, I am reducing the number of trees that need to be cut down to produce the printing paper as well as controlling the amount of carbon dioxide being released into the atmosphere. This, in turn, slows down climate change and promotes energy efficiency.

Furthermore, I can also conserve energy by reducing the consumption of ruminant animals, such as cows and sheep. The daily production of millions of tons of meat contributes to climate change. Moreover, wasted or spoilt food ends up in the landfill. Also, the decomposition of these bio-organic compounds release methane gas, which is 21 times more potent than carbon dioxide in terms of warming potential. According to Wikipedia, landfilling is responsible for the third-largest source of methane. If the extent of meat production and food waste are lowered, the amount of methane gas generated would be controlled, which would help reduce climate change. According to Worldwildlife.org, “an estimate of one-third of all food produced in the world goes to waste.”  This not only seems unconscionable, given that so many people are starving, but is also an environmental issue. Climate change is a problem that affects everyone. Therefore,  it is crucial to raise awareness about this issue. It is also necessary that I buy just enough food as required as well as learning to give, and to share with a friend or another student rather than letting the food go to waste.

In conclusion, climate change refers to long-term changes in climate and weather, which attributes to global warming. Human behavior plays an essential part in controlling greenhouse gas emissions. Humans can practice the 3Rs for certain materials, prevent food wastage, and stop consuming ruminant animals to make a substantial difference in reducing climate change. If humans fail to take climate change seriously, the problem will only worsen, and our lives, as well as those future generations, will be in great danger.

Phillipe, I. (2019, November 17).We’re recycling but garbage keeps piling up: What you may not know about the recycling industry. ABC NEWS. Retrieved March 12, 2020, from https://abcnews.go.com/Technology/recycling-garbage-piling-recycling-industry/story?id=66863085