Can Nuclear Energy Save Humanity?

Nuclear Energy has been our knowledge ever since the first nuclear bombs hit cities of Japan in Hiroshima and Nagasaki. Thus, it became clear that atomic power can benefit humanity in various alternatives. In the 1950s, there was a promise that nuclear energy can be a force of good rather than evil—the promise to use this as an alternative to gases, coal, and oil. Still, due to its high and risky value, many companies would rather us other resources than nuclear energy. It was not until 1973, where there was an oil shortage due to the Yom Kippur War between Israeli and Arab that companies decided to find other sources of energy. The age of Nuclear power was heading its way when the introduction of the Light Water Reactor occurred. 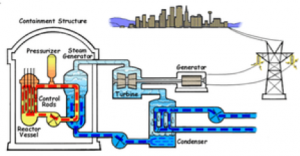 The Light Water Reactor is a thermal neutron reactor where they are fissionable elements like uranium inside the core. The element bombarded with neutrons then releases radiation that heats the water inside the core. Once the water is heated, steam is then sent up into the turbine, powering the generator. Later water is sent back into the cycle as well as more pressurized cold water. Thus, creating a chain reaction of energy. The Light Water Reactor is the easiest, cheapest, and most efficient use of nuclear energy. With this, more energy fueled with zero CO2 emissions. Decreasing greenhouse gases and giving more sustainable energy to cities and industries. Nevertheless, there is no useful invention without its deficiencies. 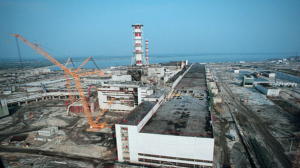 There were some cases where nuclear reactors experience major nuclear meltdowns. A nuclear meltdown is when the core of a reactor receives damage from overheating. This severe case was usually due to low cooling systems or low water distribution. As a result, radiation is leaked out of the core and into the environment. Such a case happened in 1986 in Chernobyl, Ukraine, where the nuclear power plant had exploded, releasing nuclear gases into the atmosphere. Another incident happened in 1999 in Tokaimura, Japan, where three workers attempting to mix nitric acid and uranium to form fuel known as uranyl nitrate, added seven times the amount of uranium than needed causing a critical mass. The three workers later became contaminated by radiation.

However, with all this, nuclear energy can be the key to saving humanity and the world from climate change. Nuclear Energy has been around for a long time, yet we have done nothing to improve upon it. When people think about nuclear energy, they believe in potential radiation flowing into their backyards and houses. They believe that there is a potential waste of uranium dumped into the sea, yet they do not know the waste is reusable with the right equipment. According to Recycling Nuclear Waste and Breeder Reactors by Nick Touran. It states that “Once reactor fuel (uranium or thorium) is used in a reactor, it can be treated and put into another reactor as fuel…. You could power the entire US electricity grid off of the energy in nuclear waste for almost 100 years.” Giving the least amount of waste in contrast of oil rigs.

As well as it does the least damage on climate and people. According to the Yale article “Why Nuclear Power Must Be Part Of The Energy Solution.”  Nuclear energy produces far less radiation than any other energy source. Also, According to Visual Capitalist, Nuclear energy is the Safest energy source with the fewest deaths. There is likewise fear several nations may use nuclear energy plants as a cover for producing atomic weaponry; this is when another element called Thorium comes in. Thorium can produce less waste and more power than uranium as well as it is much more challenging to use in producing nuclear weapons. In this case, Nuclear Energy can be the downfall of fossil fuels, and the up rise of renewable energy.

Nuclear energy has been in the shadows for far too long. Fear has remained the central antagonist for humanity to move forward.  We must create a suitable world where we can all enjoy the peace of looking at cat videos while not despairing about using solid fossil fuels. Will it be time to use nuclear energy that may potentially save the environment? Or would we continue to find other means of energy while time is falling out? The decision is in our grasp.