For 60 years developed countries have implemented strategies to reduce the number of deaths that occur after a natural disaster while developing countries have not.  Both are faced with high damage costs following a disaster, but unlike developed countries, developing countries are unable to realize solutions due to a lack of resources. Developed countries  apply  mitigation strategies, adaption methods and methodologies, and alternative resources such as, but not limited to, investing in renewable energy resources, atmospheric carbon-capture-collection, implementing flood water prevention, and increasing natural disaster durability testing.

Green House Gasses (GHGs) in the stratosphere are the main drivers of climate change. Humanity also plays a major role in increasing the density of the carbon dioxide portion of the GHGs by not regulating the CO2 emissions that come from burning fossil fuels. However, in recent years there has been a shift toward investing in renewable energy resources that don’t require the burning of fossil fuels to produce electricity. These include natural self-sustained resources like hydro, solar, wind, geothermal, and biomass energies. According to the European Commission, the European Union (EU) and its affiliated nations plan to have “at least 20% of its total energy needs [supplied by]… renewable energy resources by 2020;”  other countries around the world are following their example. This shift will help to decrease the global CO2 emission levels.

To further decrease the CO2 in the atmosphere companies like ExxonMobil have partnered with FuelCell Energy, a Connecticut-based developer of fuel cell power plants, to capture excess CO2 by using fuel cells, generating electricity in the process, and storing the captured CO2 deep underground (EnergyFactor).

Other countries are also finding solutions to combat the effects of climate change. To weaken the effects of floodwater during the typhoon season, for example, Japan has constructed a system of flood tunnels called the Water Discharge Tunnels [constructed] between 1993 and 2006 at a cost of nearly $3 billion. The initial water tank stretches more than 320 feet in length and towers higher than a five-story building. The complex construction features five massive shafts or tanks that can move water along a tunnel that stretches nearly four miles. (Alex Zolbert) With such an expansive system in place, local crop fields and properties are spared from damaging waters. 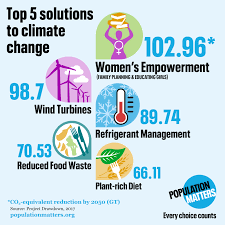 Earthquake-prone countries are investing in a construction practice to increase the longevity of their structures. One developing practice is known as Seismic Isolation where the bases of large buildings are connected to large springs or bushings that allow the supporting structures to sway at slower, more stable rates than the ground around them. This prevents the vibrations  of earthquakes from transferring to the above structures causing severe damages.

Solutions to the issues of global warming are gradually becoming intensified by developed countries; they are slowly finding alternative ways to produce energy and prevent damages to existing infrastructures. To apply these practices on a global scale, developing countries will need to adopt the same standards and technologies that developed countries are utilizing. If a developing country struggles to make the necessary adaptations, developed countries should partner with them and offer assistance. These methods and practices will benefit the global environment and continued research will slow the rate at which the earth is warming, and  diminish    intensified natural disasters and their effects.