OUR TAKE: What Will Happen if the US Quits the Middle East? by ClimateYou Senior Editor George Ropes

Simon Tisdall speculates in The Guardian on what would happen if the US left the Middle East. While there would be both good and bad effects, he’s generally in favor of an American exit. Getting out would probably be, on balance, good for the US, although we would have to cope with the diminution of our global status and influence, a difficult and long-term convalescence, as the Brits are still learning. Tisdall is optimistic, perhaps overly so, that our leaving would be good for the region. Iran clearly has designs on becoming the next hegemon in the region; without American resistance, those designs could proceed apace, resisted only by Sunni states for whom Shia domination is anathema. ISIS would have more scope to rebuild, and renew its terrorist attacks across the region. Popular discontent, now often focused on the US presence, would likely devolve into anti-government protests. Governmental response is more likely to be repressive than accommodative. Israel could and would still rely on the support of the US, it’s fears perhaps assuaged by a mutual defense agreement. A US departure from the region could impede and certainly do little to free Israel from its current stalemate, although a pro-Palestinian administration in Washington might do so.

The ultimate question is: how vital to American interests is the Middle East? Today’s answer, and tomorrow’s, is: Not very. We are no longer dependent on the region for oil, which has entered its senescence if not quite its death throes. With ever diminishing oil revenues and ever increasing pressures from heat waves, droughts, and attendant crop failures, the oil-dependent countries of the Middle East will be hard-pressed to maintain their standards of living and the loyalty of their subjects. Some will adapt and survive, others won’t and won’t. The region will be turbulent, but impoverished. Benign neglect by the US at that stage would be a mistake; reengagement could promote less autocratic regimes in at least a few Middle Eastern countries. So, withdraw militarily for now while retaining diplomatic ties, but don’t forget about the Middle East, don’t ignore it. Exert soft power when and where appropriate, uphold American values, support Democratic movements, champion human rights. Focus most on fixing the mess at home, undertake long-overdue reforms, tackle the long-festering shortcomings to achieving our much-touted ideal of liberty and justice for all. Become the beacon we aspire to be for all peoples. In so doing, we will be admired and welcomed in the Middle East and beyond. 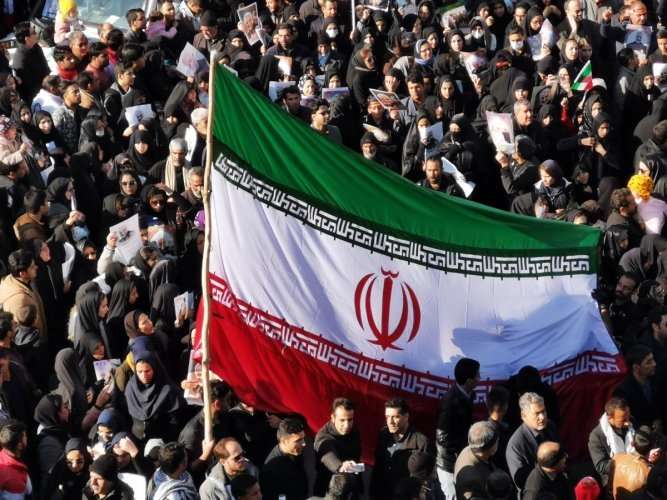 How is the US withdrawal from the Middle East a climate story? The region’s power comes from its huge energy resources of oil and gas. But fossil fuels, we have learned, have a down side. They have powered our civilization, enabled our growth and development, and conveyed upon us comfort, enough food to eat, and long lives ever since the Industrial Revolution began. The cost, however, has been to so alter the atmosphere with the heat-trapping gases released by combustion of coal, oil, and natural gas, that the climate is heating more rapidly than it ever has in the history of the planet. This rise in global temperature has cascaded through the complex interlocking set of climate subsystems to effect changes in the climate that threaten to make our lives miserable if not un-survivable. Therefore, if the human race is to avoid the severest consequences of global heating, it must stop powering its comforts by burning fossil fuels. Until recently it has gotten most of its oil and gas from the Middle East, a fact that gave the region immense wealth and power. The world has awakened to the negative aspects of powering its civilization with fossil fuels. It is transitioning from carbon-based fuels to sun, wind and water-based energy sources, resulting in the Middle East losing importance and facing upheaval as its income stream evaporates and its own climate worsens. These circumstances enable, even force, the US to reduce its military presence in the area, which will have mixed but slightly positive results both for the region and the US. Whether and how the US re-engages with the region in the future depends to some extent on events in the region, but more so to events in Washington. The next decade or two in the Middle East will be dominated by local and international reactions to local climate events directly, and to fallouts from the climate-caused energy transition. They will be turbulent times that the US can help ease through financial, technological and humanitarian assistance. If the US doesn’t do it, China surely will. 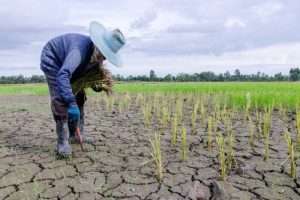