Human activities have led to various environmental impacts. Population growth and industrialization have had a catastrophic effect on the environment. One of the biggest challenges is the global rise in temperatures. Pollution resulting from industrialization has contributed to the increase in the release of toxic waste.  The primary emission causing global warming is the release of Greenhouse gases (GHG). Therefore, it is essential to analyze the leading gases and their consequences. Identification will assist in establishing the conservational measures that will help in reducing the damage.

Accumulation of gases in the atmosphere prevents the emission of the escape of excessive heat. The presence of the gases is not affected by the changes in the atmosphere leading to a permanent change in the climatic patterns. According to NASA, the gases include Carbon dioxide (CO2), Nitrous oxide, Methane, and Chlorofluorocarbons (CFCs). The primary source of the mentioned gases is the combustion of fossil fuels. CO2 is the primary source of greenhouse gas. NASA reports that the presence of the gas is attributed to volcanic activities, respiration, and human actions. The combustion of fossil fuels has caused greenhouse gases to increase by more than two-thirds since the industrial revolution. According to the UN (2018), CO2 is the most significant contributor to radioactive forcing with a total of over the past decade. The impact of excessive accumulation is the rise in temperatures by between 2 and 3 degrees Celsius.

Further, methane has a distressing effect on the atmosphere. The source of the gas includes agriculture, landfill waste, ruminant digestion, and natural sources. Methane is believed to be more active than CO2 on a molecule-for-molecule basis (NASA 2019). Thirdly, CFCs originate from the industries. The danger of the component is its massive destruction of the ozone layer. On the other hand, Nitrous oxide is contributed by the organic fertilizers, biomass burning, fossil fuels, and manufacture of nitric acids (NASA  2019).  The presence of the four gases causes the “greenhouse effect,” which leads to global warming. Therefore adequate measures must be implemented to avoid catastrophic damages on the ozone layer.

Rise in global temperatures is the significant effect of the release of greenhouse gases. The impact of the rise in temperatures includes droughts, hurricanes, famines, heavy rainfalls, melting of the glacier, and other unprecedented weather contusions (Parvez, Hazelton, & James 2019).  According to the UN report, the level of the gases has been on the rise. The warming effect has increased by 41% since 1971 (NASA 2019). The impact of the changes is expected to more damaging. Even though some crops will respond positively to the rise in temperatures, the shift will affect global food production negatively. As a result, greenhouse gases are a threat to the existence of humanity and global biodiversity (Parvez, Hazelton, & James 2019).  Humans link the occurrences of various natural disasters to the degradation of the environment. For instance, torrential downpour and hurricanes have been reported in some regions, while others have registered devastating droughts. Abnormalities witnessed in weather patterns demand mitigation measures to prevent more damage. 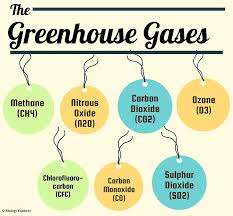 Urgent measures must be initiated to curb the menace. According to the UN (2018), it is essential to implement the Paris Agreement plan. The framework stipulates measures that should be adopted by developed, developing and less developed nations. Countries must advocate for fewer emissions and embrace mitigation measures to reduce more damage. Responsible industrial and agricultural operations will help in the reduction of greenhouse gases released into the atmosphere. (Parvez, Hazelton, and James 2019) articulate that humans have a responsibility to ensure they adopt sustainable measures in their daily activities. Therefore, the fight against greenhouse gases is a collective responsibility involving various stakeholders.

The adoption of sustainable operations is essential in reducing the dangers of greenhouse gas emissions. The rise in accumulations of the causes has led to dynamic weather patterns. Many courtiers globally are struggling with the result of global warming. For that reason, it is import to advocate for the implementation of responsible production approaches. The human need to reduce their reliance on fossil fuels. Thus, the dangers of the greenhouse effect can be avoided by enacting policies that advocate for environmental conservation.