The Causes and Effects of Heat Waves

Unquestionably, nature is experiencing the tough effects of climate change. As climate change intensifies, global atmospheric attributes continue to change for the worse. Daily, the jet streams continue to slow, allowing the decreased temperature difference between the equator and the poles to lead to persistent hot and dry weather conditions. Moreover, global warming is evident through current progressive heat waves. For instance, in 2019, millions of individuals experienced the adverse effects of heat waves, with those living in the Middle East and Australia being affected the most. In addition, Pakistan and Western Europe experienced high temperatures of 51°C and 45°C respectively. According to environmental research, heat waves are caused by the occurrence of high atmospheric pressure from the upper levels of the atmosphere falling to the ground. This high concentration of pressure leads to compressed air and thus an increase in temperature. To minimize the prevalence of heat waves, the world ought to reduce the emission of greenhouse gases (GHGs) to minimize the rise in global mean temperature.

Globally, hot days have increased while cold days have decreased over the past decades, raising questions of how the world is mitigating climate change. Despite the establishment of international organizations to combat climate change, most of the world’s population is still not convinced about the steps these organizations are taking. According to Zhao et al. (2018), climate change research on heat waves projects the doubling of days with a heat index of 100° F and the tripling of days with a heat index of 105° F by mid-century. Heat waves have both immediate and long-term adverse effects on the social and economic aspects of our livelihoods as well as on our ecology. For instance, exposure to heat waves results in heat-related stress, which leads to illness and deaths. Consequently, more than 70,000 people died in 2003 due to the impacts from European heat waves (Arbuthnott & Hajat, 2017). Research affirms that cities with high population density and pollution rates are going to suffer the most from heat-related mortality due to escalated temperatures in urban built environments. 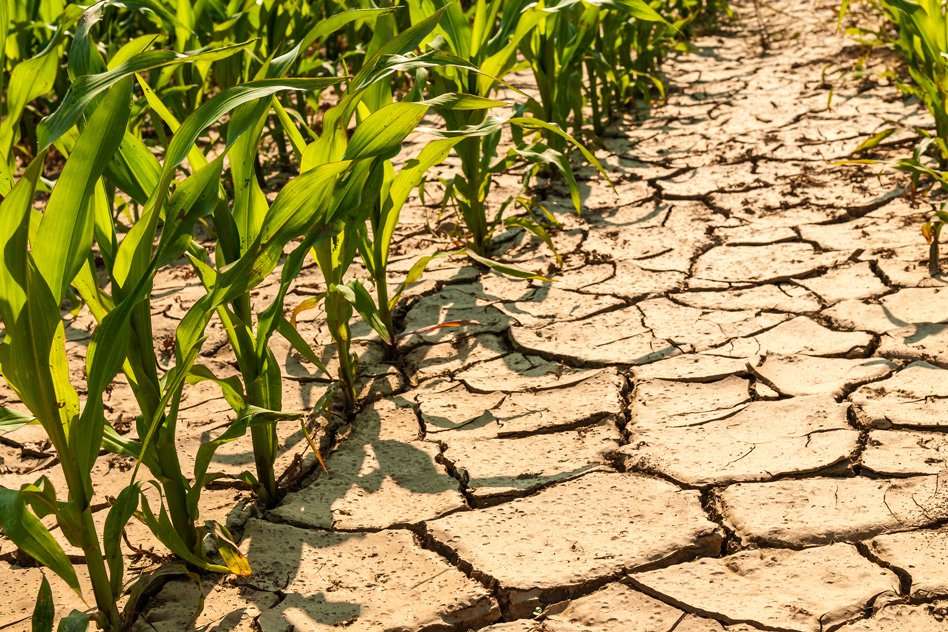 Moreover, heat waves result in decreased productivity and loss of gross domestic product (GDP) in the economic sector. Currently, due to excessive heat, the agriculture and construction sectors exhibit reduced worker productivity since the high heating conditions lower the working pace. Surveys indicate that by 2030, developed countries are going to lose more than $4.3 trillion per year as a repercussion of heat stress at work (Mohajerani et al., 2017). Furthermore, heat waves have led to reduced labor in farms, resulting in reduced harvests since the high temperatures have pushed animals and workers past their psychological heat tolerances. Mazdiyasni and AghaKouchak (2015) state that in 2012, heat waves championed the prevalence of food insecurity around the globe since the United States, which holds more than 40% of global corn production, experienced a 13% drop in maize yields. Heat waves accompany increased demands for cooling for residents, hospitals, and offices, among others. Due to the insufficient supply of green energy, carbon-based energy sources are used instead. This in turn leads to more GHG emissions and increased energy costs, ultimately preventing environmental sustainability (Zhao et al., 2018).

Pursuing this further, heat waves lead to water shortages due to accelerated precipitation. Such effects result in reduced plant growth and create favorable conditions for the start and spread of wildfires. For instance, 15 million hectares of vegetation cover and forests were burned in Russia in 2010. Also, earlier this year, the Amazon Rainforest experienced its worst wildfire to date, lasting for a couple of weeks and damaging the ecosystem which acts as a habitat for indigenous plants and animals. Moreover, heat waves are characterized by glacier melt and the evaporation of shallow aquatic ecosystems. Earlier this year, the French Alps were reported to have lost a massive glacier, and Europe lost more than 105 of their glaciers during the excessive heat wave of 2003.

In conclusion, the most effective way to avoid the adverse effects of heat waves is through mitigating climate change. All countries should incorporate and implement strategies that emphasize using green energy. Doing so will not only reduce GHGs from being released into the environment, but also reduce pollution and heat island effects within cities (Mohajerani et al., 2017). Architects also have a big role to play in the reduction of heat-related illnesses through their design of buildings. According to Frölicher et al. (2018), conducting intensive research and raising general awareness of marine heat waves should be done to avoid adverse effects on marine ecosystems through ecotourism, aquaculture, and fisheries.