If one was paying attention to the last United Nations Climate Change Conference, he or she would note that the first rows were occupied by young people. Based on that, one might ask why young people are at the center of the debate of Climate Change. According to the United Nations (UN), “there were 1.2 billion youth aged 15-24 years globally in 2015, accounting for one out of every six people worldwide. By 2030, the target date for the sustainable development goals, the number of youth is projected to have grown by 7 percent, to nearly 1.3 billion”. Therefore, as young people are the future, they are the ones who are going to suffer the consequences of climate change. If they are at the center of the debate, one can ask also what role young people can play in fixing the situation.

First, let’s take a look at the factors that are really responsible for climate change. It has been proven that greenhouse gas emissions are the main source of the problem. Too much carbon dioxide is being released into the air causing the average global temperature to rise considerably. But all the carbon dioxide that has been released into the air comes from the new lifestyle of humans.  A lot of products that we are consuming are sources of carbon dioxide. Also, human activities such as the burning of oil, coal, and gas, as well as deforestation are the primary causes of the increased carbon dioxide concentrations in the atmosphere.

Can we really blame everybody equally when it comes to climate change? Carbon dioxide  produced by burning these fuels releases energy, which is most commonly turned into heat, electricity, or power for transportation. Some examples of these uses are in power plants, cars, planes, and industrial facilities. Considering the people who own the companies responsible for these products, one can notice that they are not young people. 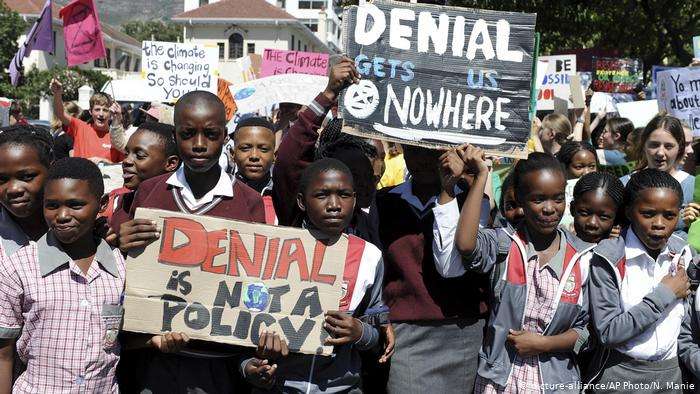 The reason young people are at the center of the climate change issue is because they are the future. They are the ones who will have to deal with global temperature rise, warming oceans, shrinking ice sheets, glacial retreat, decreased snow cover, sea level rise, declining Arctic sea ice, and extreme events. They have to stand up and push their governments to take actions to stop the bad practices causing climate change. Young people have to make sure that the older generations are  not going to leave a bad legacy. This is one of the reasons why Swedish climate activist Greta Thunberg gave her stirring speech in front of the United Nations. According to her, the way the older generations are abusing the environment can cause the failure of the younger generations, and in doing so, are stealing their dreams and their future. Her speech has had a big impact on the leaders of the world, mostly on those who care about the issue.

Even though the older generation is also living with the consequences of climate change, they don’t want to do anything to stop it. Instead of taking action to try to stop climate change, they are investing more money into the same bad practices that caused it. So, young people are present in the climate change debate to try to reverse that. They want more money to be spent to protect the environment, not to destroy it. The older generations are motivating young people to protest against all the negative ways mother nature is being treated. Nowadays there are more young people who understand the dangers of climate change. They are making sure that the world can hear their voices, using their collective will to do everything possible to fix the situation.