In my previous blog, I discussed one of the effects of climate change affecting Guyana. That effect was the increase in rising seas and coastal flooding. I also discussed Guyana’s location, its population, and the location of its people throughout its regions. In this second blog, I will discuss how Guyana is in the process of changing its identity and economic status with its newfound wealth: oil. What is equally interesting is how Guyana will use this newly acquired wealth in the very near future to help with the climate issues it is facing.

According to a New York Times article written by Clifford Krauss, “Guyana is poised to become the next big oil producer in the Western Hemisphere, attracting attention and investment dollars of some of the biggest oil companies in the world” (nytimes.com). Oil companies such as Exxon Mobile and Hess are among some of the biggest investors to take advantage of Guyana’s newfound wealth. South Florida Caribbean News reported that with each discovery resulting in over billions of barrels of oil and natural gas, Guyana is poised to become the “Dubai of the Caribbean” (sflcn.com). This is because there have been over 12 – 15 oil discoveries to date. Due to these discoveries, Forbes is calling Guyana the epicenter of one of the largest offshore explorations in the industry’s history (forbes.com). With all this newfound wealth, there is no reason why the country should continue to suffer from the drainage and irrigation system that contributes to the flooding of areas along the Low Coastal Plane, an area in which 90% of its people live.

The economic status of Guyana has already started to change as investors have quickly taken up residence. Oil giant Exxon Mobil has already opened a headquarters there, employing thousands of Guyanese residents to work on several projects. With job opportunities like these, Guyana could expect to see an influx of money circulating in the economy. If the economic growth is not yet reflected, it will be soon, evidenced by the increased cash flow sure to be recognized internationally. Also, with oil production scheduled to start in early 2020, the government of Guyana should be putting systems in place to deal with the massive revenues that come along with such oil production. Unlike many other developing countries, Guyana has a second chance to shape its future positively. Whether it will is yet to be seen. 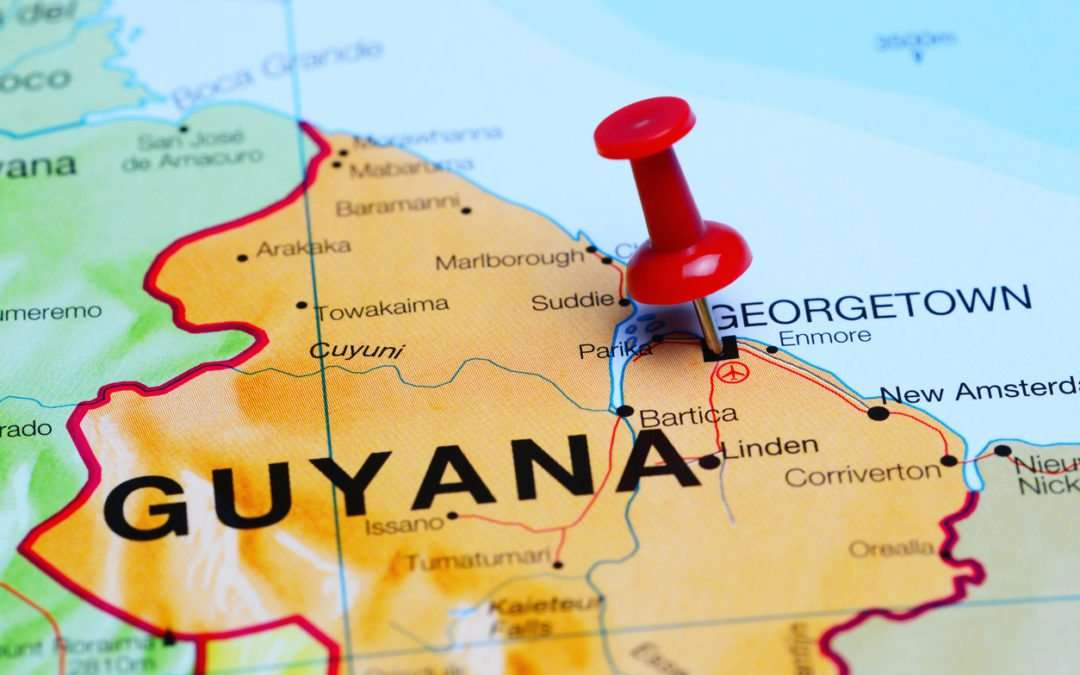 In closing, I would like to say that I remain hopeful that the Guyanese people will come together as one during this breakthrough period of their history. It does not help that the government is in a “caretaker” mode, prompting elections in the next few months. As usual with politics, this is the period in which the various parties employ a strategy of “divide and conquer”; as a result, the Guyanese people need to be more vigilant than ever. The Guyanese people need to voice their opinions and stand as one in accordance with Guyana’s motto: “One People, One Nation, One Destiny”. For far too long, the country’s politicians have brainwashed its citizens to vote along party lines, putting the parties’ needs before the needs of the country. Guyana has gotten a second chance, a chance to showcase itself to the world; a chance to showcase their eco-tourism sector. Guyana has many one-of-a-kind species that can only be found there; it has many different natural resources into which its residents and visitors can tap; and Guyana has wonderful and charming people. Guyana has a chance to make anything possible with the right leadership. But none of this will be possible if the politicians continue to think of themselves instead of wonderful Guyana. Small increments of progress here and there are not good enough; Guyana is now on the world stage and must start catering to foreign investment. There is an immediate need for upgraded infrastructural work to be done on drainage systems, dams, sluices, seawalls, roads, etc. With the country on the brink of earning billions of dollars through oil soon, one can only hope that the various parties will come together and form a coalition for the benefit of the country and all the people within it. It is my hope that soon we will see Guyana use this influx of revenue to guard against the effects of climate change currently harming it. Only time will tell. Let us all keep an eye on the newly rising star of Guyana.

Some images of Guyana – the new Dubai of the Caribbean.

(A short video of Guyana and their oil discoveries).