The main danger  to my region is loss of property, whereby it is mostly carried away by floods and landslides and people tend to suffer due to poverty. There is also a decrease in food as the drought has made farming difficult since there is not enough water to cultivate and animals die due to lack of water and food. Inconsistent weather patterns in the geographical regions in Highlands have occurred, for example the Cherangany hills in East Africa have caused unpredictable weather changes. Hence the difficulty in management of the disastrous results in economic loss, death and destruction of agricultural products. In that case, dry seasons causes unpredictable famine causing death due to lack of adequate food supply. 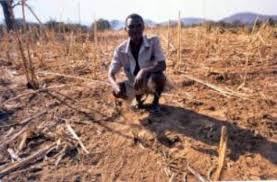 In the agricultural sector where there is increase in temperature, there will be an indirect reduction in rainfall. Moreover, the industry will lack raw materials resulting in the reduction of products in the economy. Farmers are majorly affected by both the rainy and dry season. . Land productivity highly depends on the weather patterns hence dry seasons will automatically affect the amount of yield for the farmers. An individual is able to investigate the realities of climatic change through meeting the energy demands of the world.  In that case they can get to foresee the future. I can impact weather change in my career by; coming up with solutions on weather forecasts to global warming, improving ways to forefront climate change research, offering consultations in the energy and teaching the public on  how to equip themselves during various climatic seasons. In ten years’ time my country would be able to come up with methods for the quick exchange of meteorological related information. They will be able to come up with stations for facilitating hydrological, meteorological observation and other weather observation similar to meteorology to promote formation of centers with similar meteorological services. Innovative technology in the wind power is important in the sector. Consequently, this will be possible by introducing longer blades and taller towers which will be more powerful, cost efficient,  more productive and durable turbines.

“Conversion of wave energy into a usable form of electricity is a great revolution in hydro power as the technology is safe, reliable and efficient in supply of power to major cities which require a lot of energy” (Change, 20014). Electric vehicles reduce air pollution as it does not  burn  fuels such as diesel and petroleum hence reducing damage that causes global warming. Excessive carbon dioxide into the atmosphere will cause damage to the ozone layer. Incorporating construction and environmental conservation by application of the process of designing, construction, operation, renovation and demolition of the building (Szulczewski, 2012).

Change, I. C. (2014). Mitigation of climate change. Contribution of Working Group III to the Fifth Assessment Report of the Intergovernmental Panel on Climate Change, 1454.