Antarctica is a beautiful continent located at the bottom of the Earth. It is fully covered in ice, which means humans are not able to inhabit this landmass. This does not mean it is just a huge rock of ice swimming in the sea. There are many animals that inhabit this territory and the only home they have, but soon Earth will lose this important region, including the wildlife that exists.

Climate change is affecting Antarctica heavily. There is an increase of upper ocean temperature in the west side of Antarctica. This means that the ice covers and snow on the continent is melting slowly. The climate of Antarctica also became warmer by 3 degrees Celsius, which adds on to the warmer ocean and makes the continent melt even faster. The ice shelves that were stable all these years are now receding. This all means that Antarctica is melting away slowly year by year and the amount of ground area is diminishing, which can result in the whole continent melting without a trace. 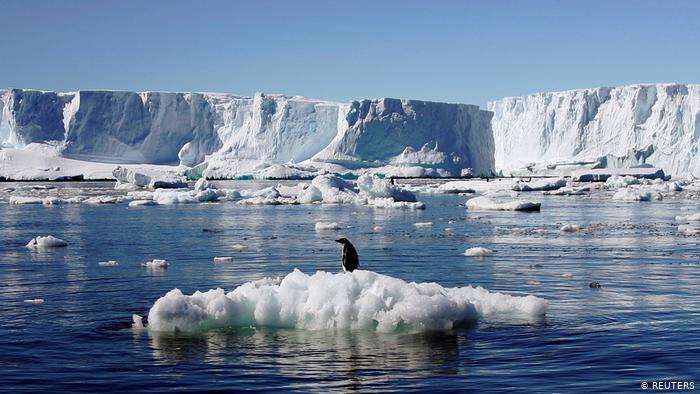 The ice is not the only thing that can disappear from climate change. The wildlife and sea life will also be negatively impacted by the melting of ice and snow. All life on the surface of ice will have difficult living conditions due to the change in temperatures, especially penguins. Penguins are one of the animals that dominate the land population in Antarctica. There are many different species of penguins that live in the South. Since the melting of ice has occurred, the population of some of the penguin species have been declining and some have been replaced by different species of penguins. This is because of the melting of sea ice due to climate change. Another reason the penguin species are having trouble inhabiting the South is because the melting of ice is causing sea life to fade away. Krill feed on algae that is on the bottom of sea ice, but the bottom is also melting. Krill play a really important role in the Antarctic food web, and if there is a loss of krill, that means there is also a loss of animals that feed off krill. This does not only concern penguins; whales and seals also feed on krill.

Climate change is making Antarctica melt and life in Antarctica struggle, but there is a bigger problem at hand. We are also being affected by what is happening in the South. The ice is melting, yes, but where does the water go? It goes into the ocean, and what happens if you add more water to water? The water level rises. This is what is happening to our ocean. Due to the ice melting, the sea level is rising nonstop. If the problem persists, it can cause a huge complication to the people living near the coastline. Sea level rising can cause flooding anywhere near the coastline and many people will lose their homes. If the ice keeps on melting, the sea level will rise 230 feet and the coastlines will be very different.

Mathez, Edmond. “Will the World Ever Be All under Water? | AMNH.” American Museum of Natural History, www.amnh.org/explore/ology/earth/ask-a-scientist-about-our-environment/will-the-world-ever-be-all-under-water.