Climate change is talked about almost everywhere you go, but sadly people do not care until it has direct impact on their daily lives. We only tend to react to a threat when there is imminent danger right in front of us. Climate Change is a problem because scientists know with solid evidence that the changes in Earth’s temperature are drastically increasing which led to so many problems like heat waves, sea level rising and storms. However, people encounter these problems for hundreds of years and think of it as just the way mother nature does things. For example, a business man running a highly profitable law firm business may not react the same way with the climate change problem as a fisherman finding less and less fish to catch in the ocean. We just do not care until it affects our own self-interests. Others just do not know anything about it at all. Again, it is sad because at this rate of the Earth’s temperature continually heating up at a drastic pace with irreversible effects. It will take serious irreversible damages before we finally realize that is already too late. So what causes climate change?

There are several factors that contributes to climate change. I would like to focus on the greenhouse gasses that trap the heat back to Earth’s surface. Greenhouse gasses occurs naturally regardless of human contribution. These gasses existence, however, have dramatically increased due to our own doing. Thus, trapping more heat at the Earth’s surface level instead of being released and bounced back in the outer space. So, how did this happen? We humans are intellectual people and we did a lot of inventions and technological advancement that makes our lives better today. Mass factories, cars, electronics etc. Unfortunately, we are also not that smart to figure out soon enough that with these advancements that we are doing comes with long term ramifications on Earth’s health. Gradually but surely, the planet could not recuperate fast enough at the rate of how we are burning fossil fuels that makes the greenhouse gasses’ blanket thicker for the heat to dissipate back in space. As a result, Earth is getting warmer. Moreover, you now have ripple effects from Earth’s increasing temperature. One example is the melting of ice sheets or glaciers. When huge chunk of these things gets melted, it might increase the sea level to unprecedented levels putting cities that are located in seacoast at a risk. 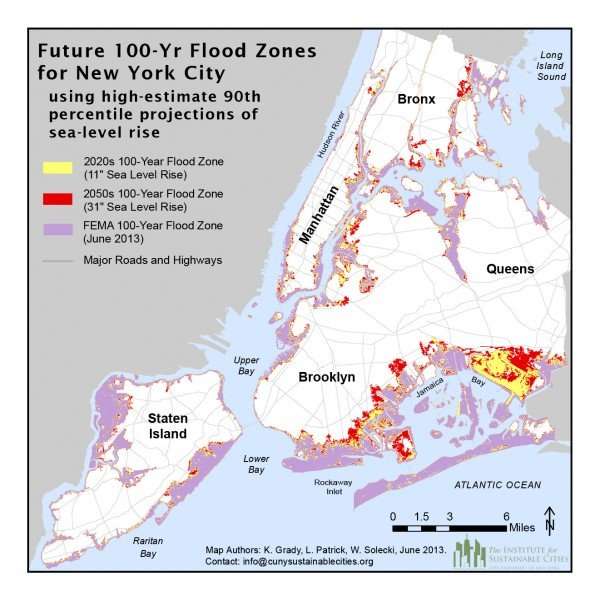 Hurricane Sandy in 2012 passed through New York City would be a perfect case for sea level rising where the hurricane caused a coastal flooding in low lying area across New York City. While the death toll was minimal compared to other natural disasters like earthquake events, the economic costs alone were reported to be around $33 billion just to cover all the damages and repairs that have to be restored in the infrastructure that was affected by the hurricane. We had the data already about rising sea level due to climate change long before Sandy came through and yet we did not do anything about it. This goes back to my original opinion that people do not care until they are directly affected. Now the New York government launched multiple programs to reduce and if possible, mitigate the future problems that might occur when next big hurricane hits. What are the other unforeseen issues that might show up? For example, what about in health care field?

My academic major is in health services administration. I think when a disaster hits, the primary focus is preserving life at all costs. This means that hospitals, clinics and any other health care providing services should be at least just as prepared like any other agencies that help the people when problems occur related to climate change. As far as the projects goes in a national level here in the United States, I would say that it looks a little bleak especially when we pulled out of the Paris Agreement in 2017. We are a developed country with the technology and infrastructure and resources to monitor climate change, but if we are not showing that we are as committed as any other country then it would hard to convince people on a global scale why climate change is serious and why the urgency to act now is important.

Mooney, C. (2018, June 01). Trump withdrew from the Paris climate deal a year ago. Here’s what has changed. Retrieved February 28, 2019, from https://www.washingtonpost.com/news/energy-environment/wp/2018/06/01/trump-withdrew-from-the-paris-climate-plan-a-year-ago-heres-what-has-changed/?noredirect=on&utm_term=.ae0a35692e4a