Climate change is inarguably one of the greatest and most life-threatening menaces in the world today. For instance, the 21st century is considerably characterized by a rise in sea levels, acidification of oceans, frequent extreme weather conditions, and a reduction in water as well as global food supplies. This is greatly attributable to the continual rise in greenhouse emissions as well as harmful solar radiations to the atmosphere. The effects of such emissions are, however, probably to turn catastrophic with continual and minimal intervention in controlling such emissions, in addition to failure in resorting to carbon-neutral sources of energy. In moderating the effects of climate change, computer scientists have utilized myriads of computational models to process geo-scientific data on climate change, as well as create awareness on the impact of human activities on climate change while as well providing control and information systems necessary in controlling possible crises in the future climate. This paper, explores the vast relationship between computer science and climate change, while factoring in the contribution of computer programming in reducing the effects of climate change.

Computer science skills are integral in data processing for ensuring efficient data summary, a combination of data from larger areas and long scales of time, as well as questioning to eliminate any possible assumptions and achieve data accuracy. In this sense, computer programmers are acquainted with knowledge on developing appropriate software tools for handling the massive climatic datasets from large paradigms of the world, to facilitate simulation and an informed understanding of climate change (Edwards, 2010). For example, through the use of the Ancillary File Generator, model outputs are adequately studied as the system enables creating files for data sets, while also ensuring useful data analysis for proper decision-making and projection of climate change.

Also, through geo-engineering computer scientists are assisted in hacking the earth’s system, which then makes it possible for environmentalists to manage solar radiation as well as carbon dioxide in the atmosphere. To facilitate halting of carbon dioxide emissions, environmentalists are tasked with hijacking emissions from gas stations, planting of trees, as well as building algae farms. In the management of solar radiations to the atmosphere, mirrors are used to redirect the rays from the sun, and volcanic ash released as a coolant. Such practices help to minimize the extent of climate change.

In a bid to gain insight on how the ice-sheets, oceans, and the atmosphere interact global simulation models become essential tools in the science of climate change, these models are exigent in determining the possible eventualities in case of an alteration in patterns of human activities for centuries, decades and even years. For instance, given simulation tools, a computer scientist can predict an outcome to doubling of carbon dioxide in the atmosphere, or the greenhouse gases, as well as the system’s possible response to the change (Wing, 2006). Therefore, in the interaction of these components in the system’s global climate, computer programming fosters an understanding to such an interaction in addition to monitoring changes in the interaction pattern; some of which might be as a result of global warming. Considering such knowledge on the earth’s processes, it becomes feasible to predict variations in the event of a reduction in greenhouse emissions and carbon dioxide release to the atmosphere. 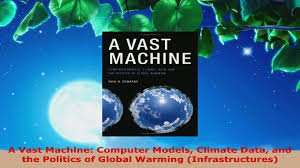 Likewise, computer science knowledge on statistics and numerical optimization is crucial in determining patterns in climate change in a more accurate and non-restrictive manner, as opposed to prior assumptions in data based on distribution mechanisms. To implement this, there is the use of methods as algorithms and cross-validation in the transformation of data to be eventually tested with ANOVA and linear regression. The importance of programming these statistical methods is that environmental scientists can adequately understand complex statistical concepts and make appropriate climate change projections and solutions. While generating highly probable estimates, also, numerical optimization has spawned formulation of accurate statistics on ecological life, in a bid to curb its distinction. The program as well has ensured determining of the fastest routes in the shipping of wind turbines to installation sites for conservation of energy.

Indeed, computer science and climate change are intertwined, and the programming knowledge has been indispensable in reducing the effects of climate change. Through the development of software tools and simulation models, scientists have induced the possibility of monitoring data sets on climate change, thereby facilitating proper projection and decision making on climate change. Similarly, SCADA and IoT interfaces have been handy in evaluating and controlling renewable energy consumption over the years for its continued sustenance. Global simulation models that study the interaction of the planet’s particles while watching out for any changes in global warming, the geoengineering process that facilitates hacking into the earth’s system so as to control harmful radiations from the sun and carbon dioxide emissions, in addition to numerical optimization and statistics operations, have as well encouraged proper data gathering that environmentalists have utilized in making informed predictions and decisions as regards climate change. Therefore, though impressive in their action, computer scientists ought to massively mobilize their talents to generate more powerful innovations in regulating the climate change hazard.