Climate change is having an impact on my home region in Kerala, India. As someone who grew up along the cost, my home has experienced occasional floods due to hurricanes. Fortunately, my home has never been harmed, but I do not have to travel far to see the homes and businesses that had once been impacted. It has been several years since the last major storm, and everything is mostly rebuilt. While it looks normal, I am aware that many neighbors had to move away because they were not able to restore their homes in a manner that would make them livable again. Some restored them anyway because they love their hometown and do not want to leave. However, the reality of living in the area is that it is likely that these issues will again occur in the future. For many, this means needing to spend the money to restore their homes once again, or just giving up and leaving the area altogether due to the risk. Additional concerns that have arisen include the closure of businesses in the area as well as increased premiums on insurance and flood insurance in general.

The biggest threat that faces Kerala is storms, flood, and sea level rises. However, my community has also experienced problems regarding drought. Although this does not relate to famine because there is a significant food supply in the area, there are many people who still work on farms and in agriculture, and when the temperature changes dramatically from season to season, production is not the same (Shahid & Piracha, 2010). One of the crops that I tend to see a lot in my area during the fall is pumpkins, and I heard that it was too warm for the local farmers to be able to get an excellent yield. This is concerning because this is a major crop that a lot of people bank on in terms of their jobs and their ability to achieve wages that they could live off of. 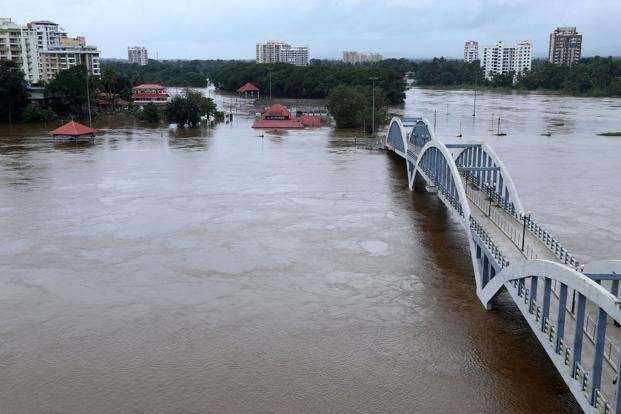 Heat waves pose a risk as well because some people do not have air conditioning, and this is more common among low-income families. People have gotten sick and even died because of the temperatures (O’Neill, 2005). A lot of the homes in the area are old and cannot support air conditioning units, and most people claimed that before recent years, they never really needed much more than a fan (Power, 2008). Since the community is by the store, this means that the rising sea level is having a direct impact in the area. In the 1960s, the area was known to be a small resort town, and today, it is not. Postcards from the area showed that there was a lot more sand area for the beach compared to what we have today, and it is apparent that the rising sea levels have made the area closest to the shore a lot smaller in terms of the available land. Flooding is also a part of the concern as a result of frequent storms and the rising sea levels.

My state has not officially joined the Paris Climate Change Agreement yet, but after our new governor was elected, he indicated that he would begin taking the steps towards change (Urpelainen & Van de Graaf, 2017). Our previous governor did not want to become a member, and this seemed to be for political reasons. It is expected that this will mean that businesses will need to follow new regulations to reduce waste since there is a significant amount of pharmaceutical and medical companies in the area and there is not a sufficient amount of control about what they are allowed to do in terms of pollution levels.

Climate change has influenced agriculture as noted because certain crops that are typically grown in the region were not able to grow (Zhang, Zhang & Chen, 2017). Tourism has also been impacted because a lot of people tend to visit the towns that are located along the shore, and after storm damage, people do not visit because there are fewer attractions and places to stay. This has a negative economic impact on the area as well. This has a positive impact on industry in some cases because individuals in these fields are needed to contribute to rebuilding the areas. The communities that are impacted by this include farmers, city dwellers, the elites, and the poor. People who live closer to the water in some areas tend to be wealthy, and some own large buildings there. The storm causes a lot of damages to these properties and has a negative impact on members of the community regardless of their vocations or socioeconomic levels.

In my region, a lot of people have solar panels because we are close to the shore (Saikku et al., 2017). Although other methods would be effective to reduce emissions, there are not a lot of businesses that have been established that offer these options. For instance, I would be interested in wind power because it is a very windy area. However, it is also located close to the beach and there is a lot of sunlight, so solar panels are a good option for this as well.

My major is related to climate change because I could use it to help spread awareness of the detriments of this occurrence, and how people could change their actions to achieve a greater level of sustainability (Razykov et al., 2011). I can most impact climate change by talking to individuals about their habits and what they could do to improve. On a casual basis, I am a big supporter of solar panels, electric cars, and other clean technologies, so I do not mind having this conversation with others. In the next 10, 20, and 30 years, I expect that a growing number of people will use electric cars, alternative energy, and other clean technologies (Schmidt, Hawkes, Gambhir & Staffell, 2017). However, this is only possible following the passage of policies that will require these changes from individuals and businesses.

To stop or slow climate change as a student, it is possible for me to start spreading this awareness now. It is important for me to help my family gain an understanding of what they could do to prevent climate change. In my community, this is problematic because different climate issues occur throughout the different seasons (Templer et al., 2017). It is therefore important to do what we can to reduce this effect and ensure that a lesser amount of people is impacted when these changes to the climate do ultimately occur.