Sometime the only way to influence someone’s decision or opinion is only through a picture and that is exactly what the “ANTHROPOCENE” exhibit, in Art Gallery of Ontario is concentrated on. While visiting Toronto over the weekend, we planned to mostly see the city, but we were also prepared for bad weather that did eventually show itself on Sunday – that day we went to visit the Art Gallery of Ontario. The Anthropocene Project was an additional exhibit, which meant there was an extra charge, but regardless, I did want to see it because the brochure said something about the human impact on the natural course of nature.

Climate change is like a jigsaw puzzle, it mostly consists of many small pieces that combine a bigger picture. Currently  – in Earth’s case  – the bigger picture is already obvious and it is very scary, so why do we still work on putting the puzzle together? The Anthropocene Project shows those individual puzzles with a magnifying glass perspective that shows how each aspect of how we, as a humanity, caused that change. But what is Anthropocene?  According to the project – it is a proposed current geological epoch, in which humans are the primary cause of permanent planetary change. Speaking from personal experience, the exhibition is very moving. And the only way, we as a humanity can prevent catastrophic and permanent change is through education.

In the modern era of Facebook, Instagram and what not – it very likely for the modern generation to absorb the severity of a situation through pictures and short videos. Modern education systems provide multi-sense delivery systems, which include sight, touch, smell, sound and even taste. Reading long and tiring research papers one may develop an aversion from a young age, therefore the topic becomes intuitively unpleasant, even when it is the most important one to devote all the attention to.

Below I would like to present two pictures I took in that gallery by photographer Edward Burtynsky. These are among the many  photographs which made this exhibit possible. The first picture was taken in Kenya and presents a “Plastics Recycling” plant, that actually offers next to “no money at all” salaries to their employees. This type of scavenger life, which the Nairobian dump provides for the local poor population is another method to either survive or spread deadly diseases. Those type of trash dumps are common around poor countries around the world and are another piece of our disastrous puzzle. Big chunks of soil and also oceanic parts stay covered with enormous amounts of waste, that barely recyclable and add to the impact of the global warming.

Below is another picture taken by Edward Burtynsky in China shows “Tetrapods”, which are used by locals to barrier the shores from floods and high tides/waves. Due to global warming, the ocean’s  level increases and fills water coastal areas, floods houses and roads. This type of puzzle piece shows that the water level increase is real and happens daily, otherwise those concrete “Tetrapods” would be a useless expenditure of money. The imposed effects that global warming as a product of climate change brings, influence economy and life or in other words brings both death and money tolls. 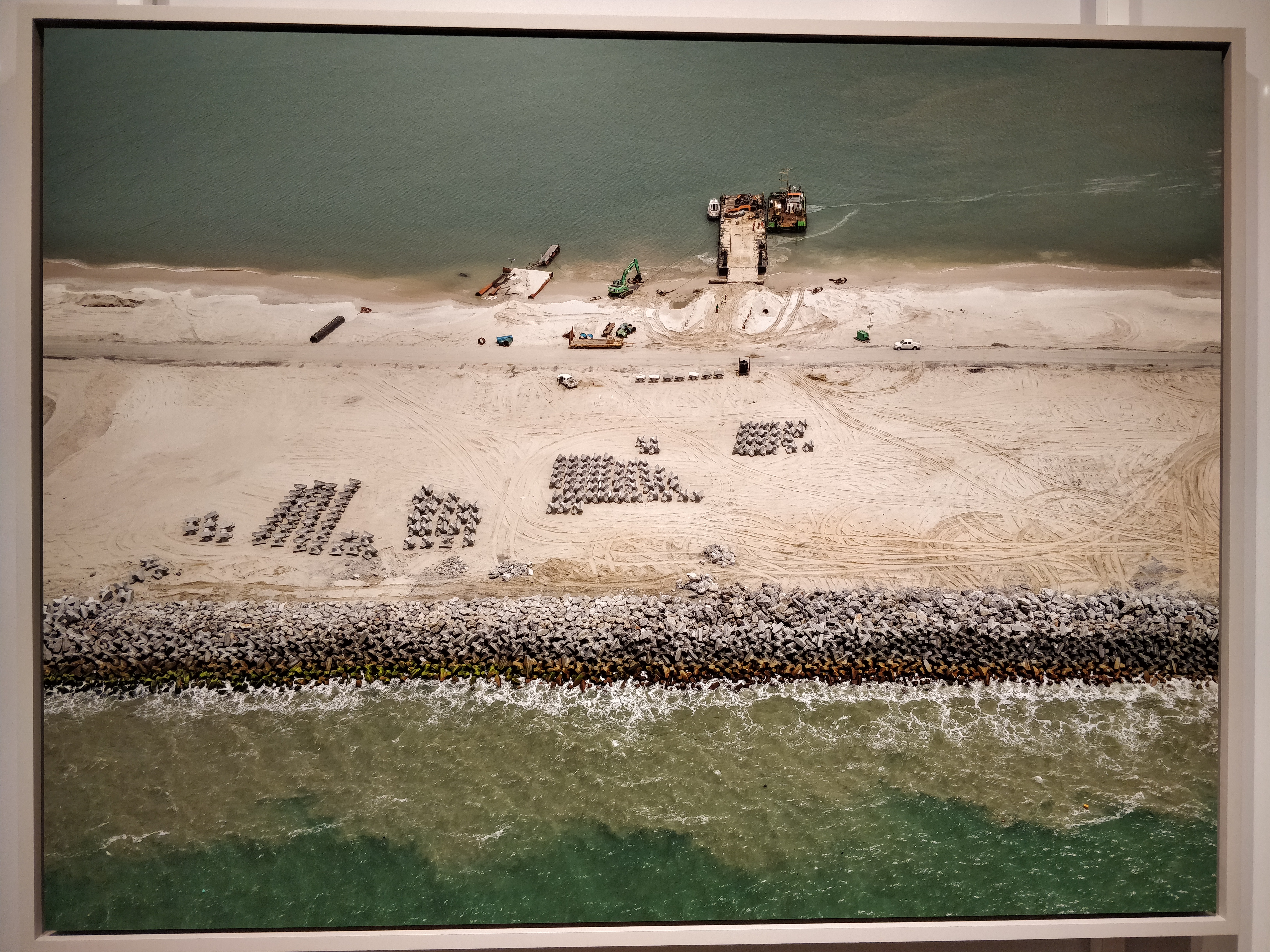 This type of climate change education is necessary, pictures can be imprinted on both adult and children’s minds. Some ways we perceive are more common to certain type of people. When it comes to these photographs on the impacts of climate change,  a picture is worth a thousand words and sometime even an entire book, especially if  it moves the heart of a person –  that in itself will bring change, no matter how big or small!