Global warming and sea level rise are very serious environmental problems right now.  Global warming is the trigger for sea level rise and various climate changes. Countries around the world may feel that the climate is becoming more and more warmer. CO2 makes up about 70% of the greenhouse gases. It is considered to be one of the greatest reasons of global warming. Earth warming has caused the melting of icebergs in the Antarctic and the Arctic and the majority of sea level rise is caused by ice melt in the North and South Poles. Although the sea level is rising due to a number of causes including warming waters that are expanding, a slowing Gulf Stream and sinking land, melting ice from the North and the South Poles is the biggest contributor to sea level rise.  It’s very serious, but many people can’t recognize that because the only think about themselves. They don’t mind the climate becoming warmer. They don’t mind the ice melting. They don’t mind how many animals become extinct. They don’t mind how many coastal cities become flooded. They don’t mind. Global warming will give the air and ocean huge power to create disastrous super typhoons, hurricanes, tsunamis and other disasters. Many houses will be destroyed. Many places will flood. We will be faced with more disasters that will be costly not only in money, but in life.

Rising temperatures will not only create higher sea level, but also will cause droughts. Large-scale areas will become arid and thus food production will be less. We will be without food. People around the world will face food shortages and more wars will be fought for access to food. If temperatures continue to rise, animals will come out of hibernation early, but will not have the food supply necessary to survive. For example: Insects will eat a lot of forests and crops with no natural enemies. Without forests, global warming will become more and more serious, creating a vicious cycle. No crops, means no human food.  A good scenario of global warming can be seen in the movie “The Day After Tomorrow”, this is a.

Nowadays, it is commonly acknowledged that to maintain permanent peace and development, environmental problems must be solved with highest priority. In my opinion, to control global warming, governments should carry out sensible policies and common people also should become more responsible.

China’s average annual rise in sea level from 1980 to 2015 was 3 millimeters, higher than the global average, according to a report released by the State Oceanic Administration.  The decade between 2006 and 2015 saw the fastest rise of the past 30 years, with the mean sea level increasing by 32 millimeters and 66 millimeters, respectively, compared with the figures from the 1996-2005 period and 1986-1995 period, said the report. The report stated that thermal expansion of seawater and the melting of glaciers and ice sheets on land due to global warming contribute to the accelerated rise in global sea level. China has seen its air and seawater temperatures increase due to climate change, along with lower air pressure in coastal regions, resulting in rising sea levels. 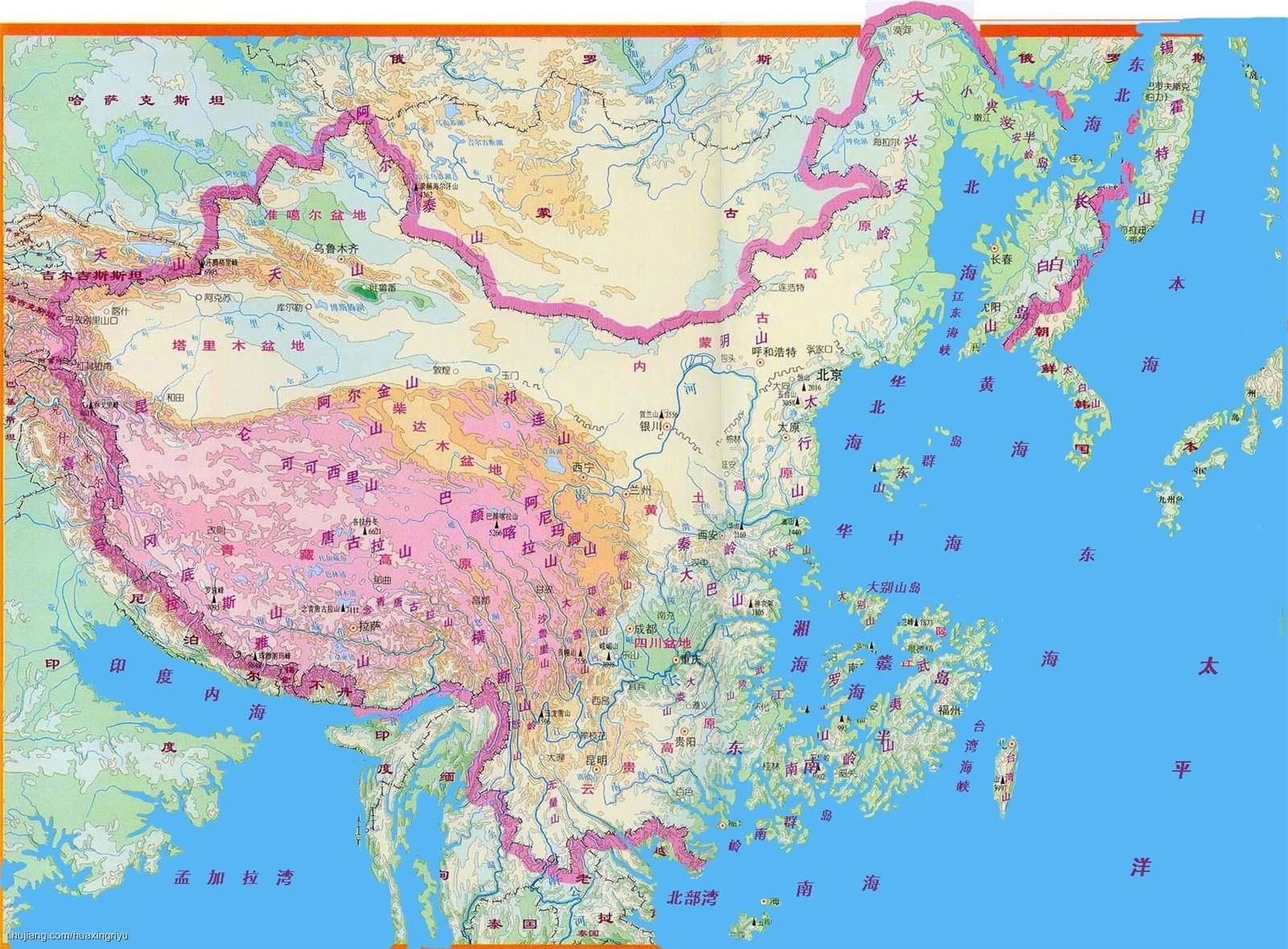 This picture is China after the sea level rises six meters, and one third of the country will be under the sea.

I can remember big snows came every year when I was a child, and the weather was so cold that I couldn‘t go outdoors without my scarf and hat. But these years, big snows are hard to see, and even in December, you needn’t wear too much because it’s not cold at all. The climate is changing. In the past decades, global warming caught many countries’ attention and they do take some measures to ease this problem. However, even though the Kyoto Protocol was signed in 1992, some countries are not willing to hold their pace of economic development. To keep global warming under control, we still have a long way to go.  Governments are the main force in the combat against global warming. The variety of attitudes toward global warming are great obstacles for us to win this combat. First, all the countries must reach an agreement on striking a balance between developing economy and solving this environmental problem. Then, some effective policies should be adopted to reduce the emission of the greenhouse gases. Common people’s involvements are the key to ease global warming. If everyone can make a little effort, the achievement will be incredible. What can we do for it? I think first, we can learn something about global warming, to be aware of it and to know our responsibilities to this planet. In addition, we can should not to make greenhouse gases, specifically, to take bus or ride bicycle instead of driving private car.

In urban settings, rising seas threaten infrastructure necessary for local jobs and regional industries. Roads, bridges, subways, water supplies, oil and gas wells, power plants, sewage treatment plants, landfills—virtually all human infrastructure—is at risk from sea level rise. We are struggling with many problems in our life now that are here because of climate change, problems that will be faced by our grandchildren who will not be happy with our generation.