Throughout the course of history, stories have been shared that explain the birth of earth. There are those that think earth was designed and others whom think earth came to existence out of coincidence. Although these thought patterns amongst people bring and/or separate humanity, earth has its own way of sharing with humanity how conception began, and how much evolution has occurred since the beginning of time. A special way earth shares its story with us is through the ice caps that sit upon the lithosphere. Scientists from around the world have gathered together at the ice on Antarctica, all with the same goal, seeking knowledge. Many may think Antarctica is an untouched remote area on the globe and that is true, but the ice caps provide us with information that is hard to come by. This knowledge starts from the bottom of an iceberg and reaches towards the surface, is called ice cores. The tale of ice cores date back to earth’s beginning. Many layers of snow and ice are within each ice core and share with us information about how the climate once was many years ago. The argument that climate change is not real, indicates something different to scientists that study ice cores. Within each layer is a sheet, and these layers help indicate what was temperature like at that year. This information helps determine what was the average temperature during that year. “The ratio of “light” oxygen-16 to “heavy” oxygen-18 in a sample, for instance, reveals the global temperature when the ice formed; it takes colder temperatures for water vapor containing the lighter oxygen isotope to turn into precipitation (Climate-Core, 2014).”

How layers indicate that there was a warmer year during past centuries is through the thickness of each layer. Multiple thin layers mean during that year the climate was much warmer. During the year, the cold climate helps to create snow and over time the snow turns into ice then that ice becomes the large ice glaciers that we see today. The many layers of ice are comprised of isotopes and those isotopes come from the precipitation that comes from the atmosphere. The earth’s atmosphere is comprised of many gases that help create the breath of life. “Earth’s atmosphere, which is around 300 miles thick, is mainly made of nitrogen and oxygen, although there are many other trace substances in its composition. Trace substances make up only 1 percent of the bulk of the atmosphere while nitrogen (78 percent), oxygen (21 percent) and argon (1 percent) make up the rest. The minority 1 percent contains a variety of things, including minute amounts of neon, carbon dioxide, helium, krypton, methane, nitrous oxide, hydrogen, iodine, ozone, xenon, ammonia and carbon monoxide. At lower altitudes, water vapor may also be present” (What Is Earth’s, n.d). 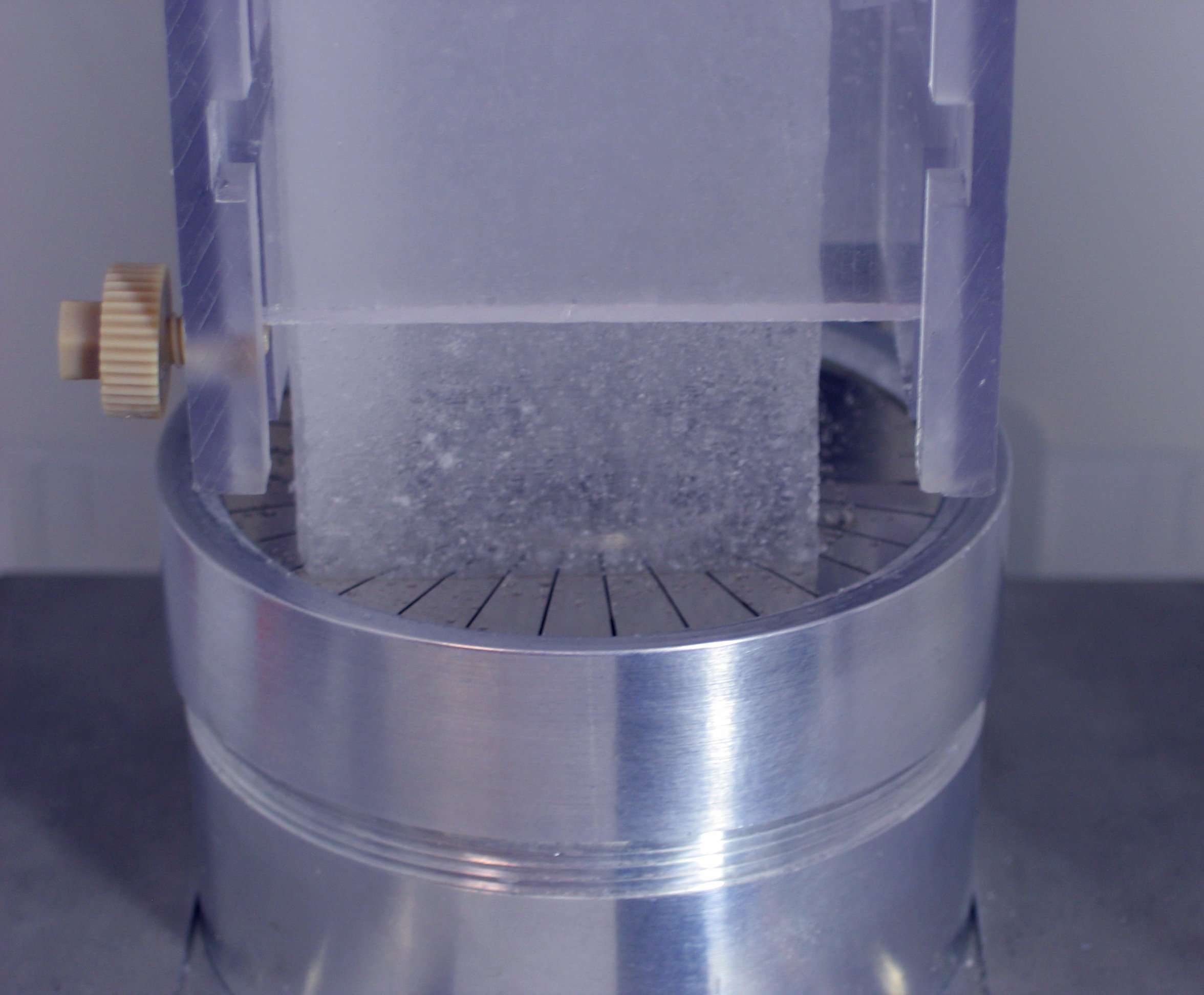 The precipitation that falls from the sky as a form of snow becomes the ice and the isotopes held in the atmosphere are in each snowflake. The atmosphere is then caught into the little bubbles seen in ice cores. Interesting enough these layers can be examined individually. Scientist either crush the ice core piece by piece or melt the ice core. When the ice core is melted, the ice core is held in a vacuum that doesn’t have any outside air, this helps study the atmosphere held in each bubble. “Scientists run melted samples through various instruments—mass spectrometers, scanning electron microscopes, gas chromatographs—to find tiny pieces of pollution, like sulfates, traces of metals, or radioactive fallout, or natural aerosols like dust or volcanic ash (Climate-Core, 2014).” Through careful investigation by melting and crushing, data shows over the past two centuries the ice cores have indicated temperatures have gotten warmer. During the year’s isotopes have been captured in these layers, and these isotopes are captured in a vacuum chamber than determined what percentages of greenhouse gases were present.

History is important, and with many modern questions that have been asked for centuries how earth was created. Using ice cores and appreciating the beautiful ice caps, we can be able to understand how life itself has continued. The atmosphere helps the vegetation grow, keeping the cycles here on earth continue its balance. Without the atmosphere our planet will be like any other planet and living breathing creatures wouldn’t be able to exist. Truthfully, we need the ice caps to continue growing, just as we need to continue to carefully study the ice caps. With the help of the ice caps and continue to keep, places like Antarctica safe from human civilization. With us keeping care for Antarctica, by taking care of the atmosphere, we will be able to preserve the ice caps. Not just from trying to prevent the ice caps from melting but being able to learn about history through the many layers of ice is important. There could possibly be a way to trace how the ice caps and they can teach us how to improve our everyday life. With each study we make at the ice caps, the large amounts of information received about the isotopes, we could try and improve our lives.

With efforts to continuously try and improve our atmosphere with the help of the ice caps we can figure out if the efforts we are making to improve life has changed the isotopes. Thankfully with the care for the environment and talks about the ice caps melting, this will help information be shared about how ice caps show the history of earth. Therefore, we need information to be shared with society about the importance of isotopes studied from the ice caps, indicate how we can keep improving out atmosphere. We shouldn’t try and produce more output of greenhouse gases. Greenhouse gases are gases that aren’t supposed to be in the atmosphere. Mindful actions can help reduce the greenhouse gases in our atmosphere. Climate change is real and ice caps help us know that this is true.