Climate change and high temperatures are hampering the survival of bees. Bees are forced to stay in one habitat and are unable to migrate and adapt to a new one. A study on the impact of climate change on bees expresses concern over the fact that bees are unable to colonize new areas on the planet. Bees have difficulties more than any other creature to set up a shelter in a new environment that unfortunately always changes due to global warming.

Climate change also affects insects that have a direct impact on plants, ecosystems, animals, and humans. So far, many are redistributed in a similar pattern. As settlements that were once fresh and are now heating up, the species are expanding their rows to the poles, while the boundaries near the equator have remained more immutable. However, wild bees seem to be a worrying exception, according to a science study. A comprehensive look at dozens of species finds that many wild bees in North America and Europe are failing to “track” warming by colonizing new habitats in the north of their historic sites. At the same time, they have disappeared from the southern parts of their territories.

Climate change is devastating to insects like wild bees, says Ottawa University Ecologist Jeremy Kerr of Canada, the lead author of the study “Climate change impacts on bumblebees converge across continents”. The findings underline the importance of preserving insect habitats. Where wild bees disappear, the wild and ancient plants that pollinate them can also suffer. To see how global climate change is affecting bees, researchers collected a wealth of data compiled by some of 423,000 observations, beginning in 1901, and comprise 67 species of wild bees in North America and Europe. Then they planned large-scale changes in the species territories and their thermal stretches – the warmer and colder areas that bees live. They also built statistical models to test whether any changes in the extent are explained by climate change, or two other factors such as changes in the soil wrap and the use of pesticides such as neonicotinoids, which have implicated a slight decrease in the number of bees. 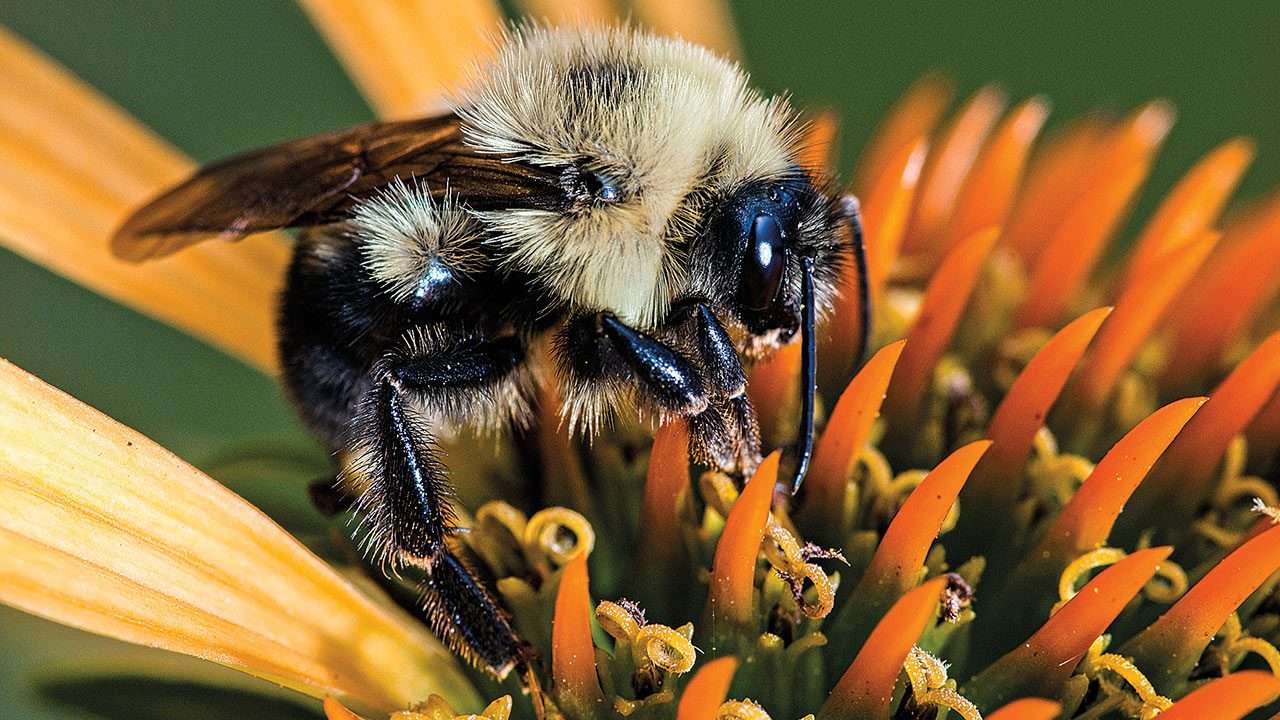 Generally, scientists found that some wild bees have pulled more than 300 miles from the southern edge of their historic extent since 1974. The old bee hives have disappeared from several southeastern parts of the United States. Southern species are also drawn to the highest points, pushing them up by an average of about 300 meters over the same time. Meanwhile, only a few species have expanded their northern territories and it turned out that climate change is the only factor that has had a significant impact on large-scale shifting. Alana Pindar, an ecologist and co-author at the University of Guelph, Canada, says, An idea of ​​the importance of the climate is that bees continued to decline even before the use of pesticides as the neonicotinoid that came into play in 1980. It says: the withdrawal from the southern territories is one great loss for bee distribution and happened surprisingly quickly. Scientists believe that attracting bees from their stretches and placing them to a higher altitude may reflect the fact that bees have evolved in cooler climes than many other insects that have not yet lost ground, and so are particularly sensitive to hot temperatures. The loss of bee species can have consequences for the ecosystem and humans. For example, plants that want pollinators to be loyal can see a decline in reproduction, says ecologist Laura Burkle of Montana State University. And given that wild bees help pollinate many plants, we play with these things in our risk, Laura adds. What will happen if the bees disappear? The food crisis, the first signs of which are currently occurring in the world, may be even more harsh, more ruthless than what was actually seen. The bee extinction threat began to be discussed in 2006. Europe has been losing 1/5 of the bee families every year. Such a tendency is also observed in Latin America and Asia. World science has long proven that this modest worker “honey bee” defines up to 1/3 of the human food basket. Hence, the loss of these honey-producing bees means colossal loss in the very range of food products. Bees are true “champions” in the pollination issue. In their area of ​​responsibility are citrus, apples, coffee, cocoa and most of the vegetables. Without pollinating insects, the nuts, melons and fruit like berries will not grow. All these cultures provide humans with 35% of calories as well as the majority essential minerals, vitamins and antioxidants. The factors leading to the disappearance of bees are numerous, among which various diseases, environmental pollution, fast and fearsome climate changes, the disappearance of some plants, etc.

For this reason, United Nations (UN) have announced May 20th “World Bee Day” In order to raise awareness of the importance of bees and the risk of their reduction in the world. This resolution was proposed by the country of Slovenia and has been supported by many countries around the world. This day from now on it will be respected by organizing trainings and activities aimed at raising awareness of the importance of bees and hornets, the dangers they face, and their contribution to sustainable development said the UN. Slovenia intends to set up an international beekeeping school in which beekeepers from all over the world will be educated. May is a month when the development of bees in the northern hemisphere is in full swing. The bee colonies naturally engage in reproduction.

If bees would disappear, humankind would end in four years says an expression attributed to Albert Einstein. Scientists do not even question the dark destiny of mankind if the bees were to die. So far, the alarming losses of bee colonies are often considered as a silent catastrophe for mankind. Bees are the most important source of life on Earth. Thanks to them vegetation and humanity gets life. So next time when you see a bee, do not forget, say ‘Thank you’ because most of the food you eat is from her.