China is one of the most vulnerable countries to be affected by climate change, and its impact is mainly reflected in agriculture, animal husbandry, forests and natural ecosystems, water resources and sea level rise in coastal zones. The impacts of climate change on China’s agriculture and animal husbandry production have already appeared, agricultural production instability has increased, local drought and high temperature hazards are serious, advance crop development due to climate warming and early spring frost damage has increased, grassland yield and quality have declined, the loss of agriculture and animal husbandry caused by extreme weather has increased. Reduced production is likely for three major crops;  wheat, rice and corn. The layout and structure of agricultural production will change, the decomposition of soil organic matter will accelerate, the scope of crop pests and diseases may expand, the potential desertification trend of grassland will intensify, the production and reproduction capacity of livestock and poultry may be affected, livestock and poultry epidemics the risk is increased.

The impacts of climate change on China’s forests and other ecosystems are mainly manifested in the eastern subtropical areas, in the northern boundary the temperate zone is moving northward, and the phenological period is advanced, the lower limit of the forest zone in some areas is rising, the lower limit of the altitude of the frozen soil in the mountain has increased and reduced frozen soil area. The frequency of pests and diseases increased, and the distribution has changed significantly. In the northwest the total glacier area is reducing, showing a trend of total retreat. The accelerated melting of glaciers and snow has threatened the oasis ecosystem. In the future climate change will further increase ecosystem vulnerability, causing more forest pests and diseases, increase frequency of forest fire, inland lakes will shrink faster, glacier and frozen soil greatly reduced. 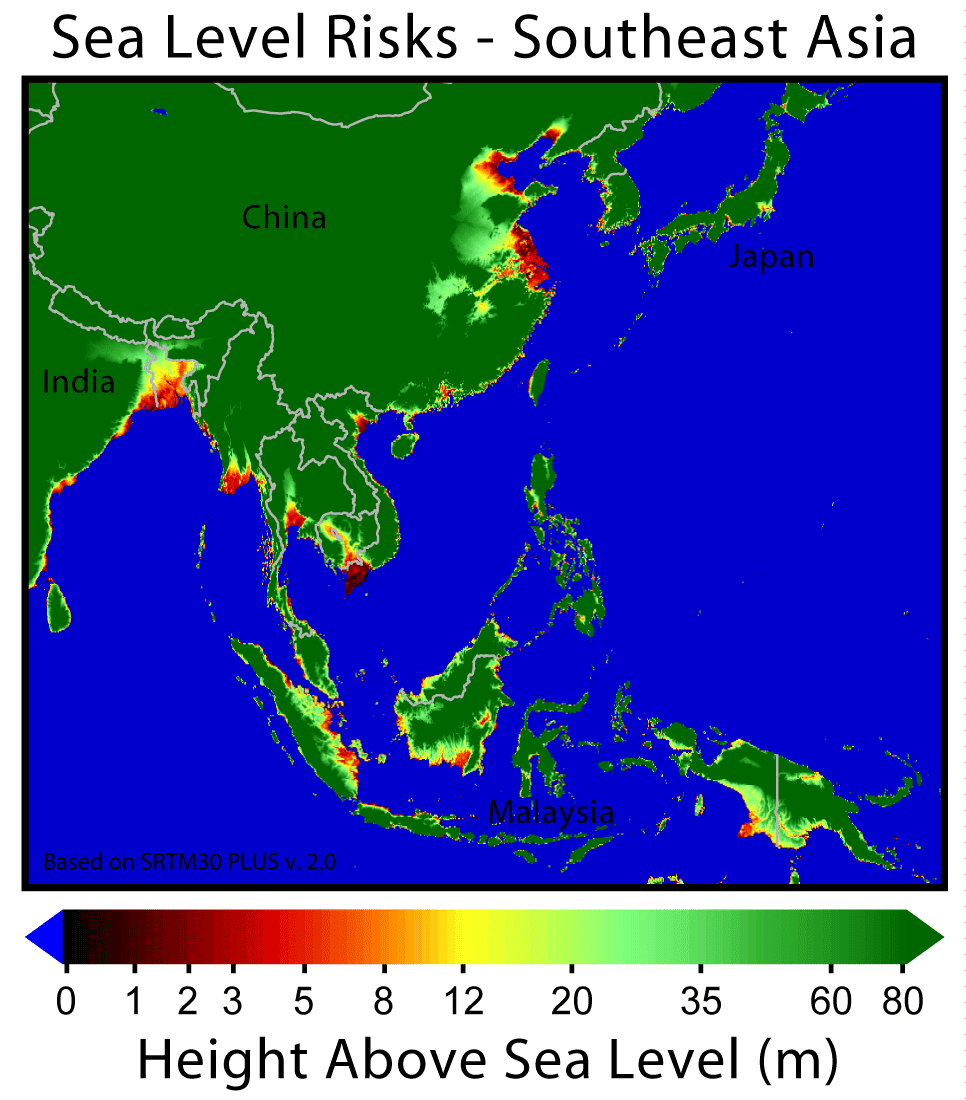 Climate change has caused changes in the distribution of water resources in China. Studies conclude that in the past 20 years, water resources such as the Yellow River, Huai River, Hai River have decreased by 17% and the total water resources have decreased by 25%. Floods are more frequent, droughts are more serious and extreme weather phenomena are increasing. It is expected that climate change in the future will have a greater impact on the distribution of water resources in China, and will increase the probability of extreme natural disasters such as floods and droughts, especially the warming of glaciers in the western region. Accelerated melting in glacial areas and ice reserves will be further reduced, and river based on glacial melt-water will have a greater impact.

From 1980 to 2012 China’s sea level rise has intensified, rising at an average of 2.9mm a year higher than the global average. Sea level rise triggers seawater intrusion, soil salinization, coastal erosion, damage to typical ecosystems such as coastal wetlands, mangroves and coral reefs, reducing the service functions of coastal ecosystems and coastal biodiversity. The increase in temperature and ocean acidification of seawater has caused the formation of oxygen-poor areas in local sea areas, and the decline of fishery resources and endangered biological resources. It is predicted that the sea level in China’s coastal areas will continue to rise in the future.