How Difficult is it to Generate Alternative Energy in the United States? By City Tech Blogger Jonathan Chen

Renewable energy sources are far from being the primary supplier of electricity for power grids across the globe. According to the US Energy Information Administration, alternative energy like hydro, solar, wind, or geothermal only accounts for 17 percent of all electricity generated, with wind and solar only providing roughly 7 percent of the United States’ power generation. Despite massive concerns about carbon emissions damaging the environment, because alternative energy does not currently have the capacity to support the country’s demands, it is not feasible to completely stop the use of hydrocarbon fuels or fossil fuels. Even if it did, intermittency is also a problem that some renewable energy has; this means that its ability to generate energy is inconsistent and requires a power source that can be turned on at will. For regions without efficient and effective geothermal or hydro energy generation, this means the other options are fossil fuels or nuclear. 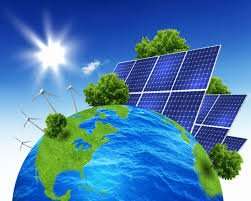 The biggest hindrance to more widespread use of renewable energy is probably the economics behind it. It might seem strange that the usage of an infinite resource is costlier than a finite one, but most of its cost is found in the initial expense of constructing the devices capable of harnessing the resource. According to an article by the Union of Concerned Scientists, the installation costs for solar systems average around $2,000 per kilowatt to $3,700 per kilowatt compared to natural gas’s $1,000 per kilowatt. This means that when considering all factors of production, it costs at least double to generate a unit of energy photovoltaically. However, since the “fuel” is free, the price of solar thermal energy is sure to be cheaper than its hydrocarbon counterpart. Eventually the high initial cost might deter investors or developers.

Another problem for renewable energy are its logistics— things like its generation, storage, and transmission of the energy— especially for solar and wind. Solar and wind energy is intermittent and require storage that others can draw from when there is no generation. This is an additional cost as well as extra complications: one must calculate how many storage units are economical or how to dissipate excess electricity if the batteries are not adequate. For example, according to the LA Times, California once had to pay other states to take their excess energy because California was at risk of overloading their own grid. While this sounds like a good thing, at least for the other states, from an investor or seller’s point of view this is selling at a negative cost. Another consideration is its proximity to grid infrastructure or more specifically, its placement and transmission. Conventional power plants are small compared to wind or solar farms and can easily be constructed inside an urban center. Solar farms require very large stretches of land to have enough equipment to generate a quantity that is usable for a large populace. For an urban center, this is almost certainly outside the city limits. Increasing distance means increasing costs for construction of transmission and not to mention the bureaucracy involved with land acquisition and integration with regional power grid infrastructure.

There are some bureaucratic interventions that attempts to sustain the environment, like governments mandating some constraints on emissions. Other methods include a carbon tax, which is a cost levied on the amount of carbon emissions. Another is a carbon market which allows companies to “trade” their unused volume of carbon for credit if their emissions are less than the maximum amount, which would incentivize companies to innovate on ways to reduce pollution instead of offsetting the carbon tax’s cost to their customers. While these methods help in curtailing pollution, it is not conducive to overhauling the current energy generation scheme to that of a clean one. The American Recovery and Reinvestment Act of 2009 does this; the act has provisions that aids in the construction of renewable energy and power transmission projects, like section 406 describes. Division B, Title I, Subtitle B also outlines incentives for renewable energy in the form of tax credit. Unfortunately, this assistance has dropped.