What is a heatwave? A heat wave is a period (lasting no shorter than a day) where the outside temperature is unusually high in the area it takes place in.  Since I am someone who lives in New York City, I have experienced a lot of heat waves these past few summers, and something I noticed from them is that they have a much higher impact than what is typically known about them. We all know that when there’s a heat wave that there are more UV rays being beamed at us from the sun, so we need to wear more protection like sunblock and we also need plenty of water to stay hydrated; shade is also something to be aware of, and when the temperature gets too high we should just stay inside all together. Taking a step back and seeing the entire effects of a heatwave, I see more of what’s really happening; heatwaves are affecting our productivity, our overall health, and the amount of heat-causing pollution we produce; in the end, we’re caught in a bad cycle where every year there’s an increase in pollution, which may cause a nastier heatwave the next time around.

Heatwaves have a major effect on a person’s health; for instance, a person caught in a heatwave for some time would experience intense perspiration, dizziness, confusion, nausea, and headaches; after more time the person would experience an increased heart rate which would lead to a heat stroke. A heat stroke results from an oxygen-deprived brain which is due to the body’s failure to remove heat from itself; once a person gets to this stage there isn’t much time before they’ll perish. Now aside from heat strokes, what about a person who’s stocked up on water and has ways to keep themselves from overheating; that’s where UV rays come in to affect them. UV rays are high-frequency electromechanical waves that can penetrate human skin cells and affect the DNA that’s stored within them. These rays don’t have a truly immediate effect on the people they hit, but in the long run, they can lead to the development of skin cancer, a disease where black spots or a pimple-like bump occurs on the sun-exposed skin. Certain types of skin cancer can be easily treated if it’s caught early enough, but if this isn’t the case, the skin cancer can spread affecting other organs which ultimately will lead to death; sunscreen/sunblock is a good way to prevent such a thing from developing but staying indoors when the UV rays are intense is a sure-fire way to prevent this. 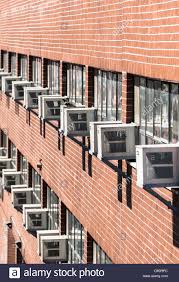 Think about this; when it’s hot outside, what don’t you see much people do? The answer to that question is “Outside Work”. If someone were to do any intense outside work like construction, carpentering, or farming during a heatwave, they’d put lots of strain on their mind and body which can also lead to fatal accidents on the job. Heatwaves don’t only affect a person’s ability to work but they can also affect a machine’s; airplanes can succumb to heatwaves because once the outside temperature reaches over the threshold of 118F (48C), some planes are deemed unsafe for flight. The reason an aircraft is unsafe to fly in such conditions is that the surrounding air is less dense, making all aircraft work harder to achieve lift; heat will also change the consistency of materials in a plane causing things like rubber seals to soften or other parts to deform. With the inability to fly, delays begin to develop and this affects the people going from the airport and coming to it, and on a larger scale can affect a large population of the world as schedules will be pushed back, meetings canceled, and appointments missed because heat is preventing the transportation of people. The heat from a heatwave will reduce the work people and machines can do and this will have a direct effect on productivity which will slow down the progression of an economy.

During such events of increased heat, it’s advised to stay in a place that’s cooled, preferably an air-conditioned room. Ever since the rise of global warming one of its leading causes is HFC’s, or  Hydrofluorocarbons,  which is used air conditioners and released into the atmosphere. HFC’s have been heavily regulated in the use of some products, but at the time of writing this, HFC’s is still used in ACs. Now don’t worry, if you use your AC you won’t release HFC’s into the environment; HFC’s only get released during the construction of the unit and the improper disposal of it. The real problem with AC use is the amount of current it draws from the power grid; anyone who’s ever had to pay the electric bill during a hot summer has probably noticed that. When you decide to turn on the AC you are pulling more current, when you are pulling more current the electric company (Con Edison in my case) can see that demand for more power, and more power means they need to consume more potential energy resources. If your power plant consumes coal, natural gas, crude oil, or some other carbon dioxide producing fuel, you are releasing more carbon dioxide into the environment indirectly. Thankfully carbon dioxide gasses are less harmful than HFC’s, but nonetheless they do contribute to global warming and a better option to prevent the release of them would be beneficial; I say this because we may be getting ourselves in a bad continuous loop where it’s getting hotter and for us to beat the heat we turn on an AC that will contribute in producing more GHG’s (Greenhouse Gasses) to make the next year even hotter.

Now after reading this you might start to think, “How can we eliminate this problem?”. Well, thanks to the many scientists, environmentalists and government officials, we now know more about the issue which is only half the battle; the other half is changing our ways and that’s where the real struggle is. So far, the use of reusable resources like solar, hydro, wind, and geothermal energy has made an impact on the reduction of GHG’s but more needs to be done. If we could end the terrible cycle of AC cooling and heat-trapping carbon dioxide production, we could make another huge leap in reducing global warming. A simple step towards this issue may be to include possible renewable energy options to power plants that take on the demand for current during heat waves; these greener options would then be used to offset the produced carbon dioxide produced which is about 100 Million tons or about 6% of the entire American residential energy use. However, this is still not enough, we could do better, we have multiple groups of people looking into this topic with amazing solutions like replacing HFC’s with HFO’s (hydrofluoroolefins) a substitute that is biodegradable, so the gasses don’t stay in the environment trapping in heat. Transportation is another causing factor in this, but so far there are lots of excited people coming up with brilliant ideas to reduce this like re-engineered bikes, electric mopeds, electric cars, alternative fuels, etc. What we need is a solid change from any GHG emitting fuel that can be just as efficient as the current fuels we have, without producing any other waste; it sounds like a miracle fuel, but it doesn’t have to be if it produces a harmless waste. As the reader, what do you think all of us as a human species could do to eliminate increased heatwaves?