The North American Supergrid: Saving our Electricity and Our Climate by ClimateYou Editor Abby Luby

Imagine a high voltage supergrid that would supply 48 states with a reliable stream of electricity. Right now, a High Voltage Current transmission network, or supergrid, is being proposed. It’s known as the North American Supergrid (NAS or Supergrid). The NAS would be constructed almost all underground along already existing roadways or right-of-ways. Power lines underground means protection from downed lines and outages happening more and more from natural disasters (think devastating superstorms like Sandy (2012), Maria  (Puerto Rico, still without power), hurricanes, tornados, flooding, rain, snow, ice storms. Also, our electric grid has increasingly become a vulnerable target for cyber and terrorist attacks which would be less likely to happen with an underground supergrid.

A Supergrid like this sounds pretty good, right? And odds are that it can become a reality. The public learned about just how it would work on November 29th, 2017, at George Washington University’s Jack Morton Auditorium. The symposium was hosted by John Topping, President and CEO of the Climate Institute based in Washington DC. Topping has been with the Climate Institute since its founding in 1986.

The super grid was initially promoted by Alexander MacDonald, one of the world’s top weather scientists, and the first presenter at the symposium. MacDonald is known for collaborating with other scientists in authoring the NAS concept published last year in Nature Climate Change. MacDonald revealed how wind is always blowing somewhere in the United States and if it was tapped into for energy on a national scale it would help the U.S. grid overcome intermittency problems. This would work especially since high-voltage, direct-current (HVDC) transmission lines are known to suffer less energy loss than traditional alternating-current transmission lines. Working on this premise, surplus power generated by such renewables as wind, solar hydroelectric and natural gas from around the nation via the proposed national super grid network of 30,000 miles of HVDC electricity lines, would use less power from fossil fuel facilities. By producing power from sustainable energy sources, we would significantly lower carbon emissions created by power made from fossil fuels. Studies about the NAS Super grid have shown cutting electricity generating emissions by as much as 80 percent by 2030 could significantly reduce our carbon dioxide emissions, lessening the growing number of greenhouse gases negatively impacting our climate.

The supergrid would link into the existing grid and tap into power not only from traditional power plants, but also from energy generated by renewables, which would create a competitive energy market. The plan is to have approximately two-thirds of the HVDC cable be placed underground but where a link cannot be aligned, construction of traditional, aboveground transmission lines may be required. The proposed super grid construction would create hundreds of thousands of jobs for several decades.

Testing the idea with MacDonald was Christopher Clack of NOAA and the Cooperative Institute for Research in Environmental Sciences at the University of Colorado, Boulder, and other colleagues who built a computer model analyzing different configurations of a weblike network of interregional HVDC lines plus renewable energy installations. The model divides the United States into a grid of 152,000 squares that are assigned to regional grids.

Our existing electrical grid is over 100 years old: 70% of the grid’s transmission lines and power transformers are over 25 years old, the average age of this country’s power plants is over 30 years old. Strengthening our aging and inefficient grid is becoming a crucial necessity; reliable electricity is now a life-sustaining requirement. This NAS Supergrid would be one of America’s great infrastructure programs. The proposal should have popular, bi-partisan backing in Congress. Let’s hope they move forward and make it happen. 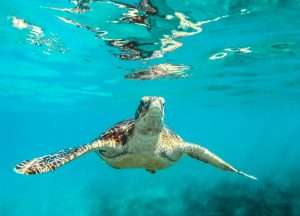