Paris, a city of light, love, and climate change. Over the past few years Paris has both propelled itself forward as the home of the Paris Agreement, as well as has been plunged into the deep end of climate change with record storms and floods in 2016, and the onset of smog over the city over the past year.

In December 2015, Paris played the role of host to the Paris Agreement (or Paris Climate Accord) which through the United Nations Framework Convention on Climate Change (UNFCCC) works to unite 196 of the world’s nations in a single agreement on tackling climate change. The main goals of the agreement are to keep global temperatures from rising more than 2ºC, to limit greenhouse gas emissions to just that which the planet can naturally absorb, to review each county’s emissions every 5 years, and to provide climate finance to developing nations to allow them to skip fossil fuels and move straight towards renewable energy sources. These goals are large and long term, with projects such as cutting net greenhouses emissions being planned for as far in the future as 2100, but the hope is to begin cutting emissions by 2020 and not let them continue to rise thereafter.

With the absence of the United States, the second-largest producer of greenhouse emissions, from this Accord, the future of climate change control is uncertain. Issues of money, actual emissions reductions, and the reliability of other countries to remain in the agreement are unclear. Along with the ambiguous conditions of the Paris Agreement are the effects already making themselves apparent in Paris itself. In the summer of 2016 Paris saw its worst floods since 1910, and in December of 2016 the appearance of smog over the city was a cause for alarm and resulted in restriction of in-city car use and free public transportation for nearly an entire week.

The summer flooding in 2016 which brought the Seine to a record high of 6.1m, was mirrored again in 2017 with incredible amounts of flash flooding in July. The two-hour storm on July 9, 2017 dropped 54mm of rain on Paris, with 49.2mm of it falling in just an hour, making it the heaviest rainfall on record. Both floods brought anxiety for multiple facets of the city, with the 2016 floods creating a concern for the Louvre and Musée D’Orsay archives, which are both stored below ground level. The 2017 flood created sudden chaos when it shut down at least 20 different metro stations and generated 1,700 emergency calls in one evening. 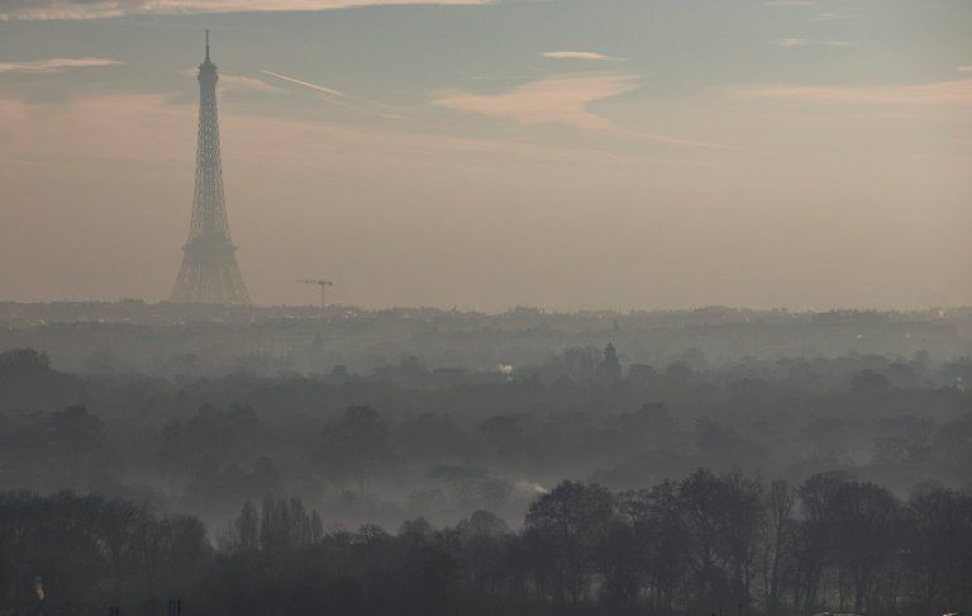 In December of 2016 heavy smog enveloped the city of Paris, supposedly as emissions from cars and wood burning accumulated under a stagnant pool of air over the city. Mayor Anne Hidalgo mandated a restriction on motor vehicles in the city and opened public transportation up for free for nearly a week in an attempt to alleviate the situation. The restrictions helped to regulate the situation in the short term, and the free transportation proved to be popular. However, it was clear from the rapid accumulation of poor air quality at that time (which caused eye and throat irritation), that Paris needs to do more in the future to keep up with its emissions not only to prevent long term climate change but to limit health problems for its current residents.

Paris still struggles with pollution emissions from vehicles in the city, particularly in areas of congestion such as the Boulevard Peripherique and La Defense. If the pattern of the last two years continues, Paris could see more severe weather and flooding coming its way. Paris may not hold the record for ‘city with the worst greenhouse gas emissions’, but it is the namesake of an agreement that is attempting to combat climate change in huge ways. The issues with Paris’ own public and environmental health are ones which need to be addressed as soon as possible. Then Parisians will follow through as a leader in the world of action against climate change and forge a path to a better future for global health. 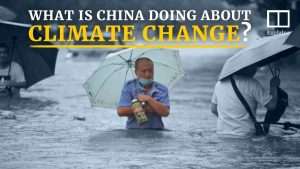