In the June, 2015 issue of Traveler magazine, a beautifully written article by Kevin West reveals a growing trend in travelogues. His article, “Getting Warmer,” is about his trip to a remote coast of Greenland to see what he calls the “awe-inspiring beauty” of impressive icebergs. For the reader, it’s a voyage that entices exploration but is one haunted by the knowledge that it is a disappearing world.

A glam magazine such as Traveler is known for touting luxury voyages, opulent accommodations and exquisite, remote gardens of Eden. But not this article. West adroitly observes a vanishing earth because of climate change; he urges his readers to witness the ‘soon to be extinct, must see’ locations while they last. A pullout midway into the article says “In a very real sense, to visit Greenland today is to see the world changing before your eyes.”

The article reaches beyond eco-tourism to grasp at raising public awareness, and although it’s fact-filled, it’s not outright global warming exploitation. It does, however, add a new dimension to marketing tourism less as part rare, exotic excursion, part soul redeeming pilgrimage.  A few instances of trips themed as final glimpses come to mind, principally the original Lascaux Caves before they were closed to the public in 1963. Up until that point, one could personally view the 17,300 year old paintings that were being damaged by carbon dioxide, heat and humidity. The public had to wait 20 years before the replica, Lascaux II opened.

West doesn’t dwell on finality, rather, he intercuts poetic descriptions of glaciers with newsy tourist tidbits like souvenir hot spots and savory menu items found in Ilulissat, Greenland. Dramatic images by photographer Olaf Otto Becker are vivid, captivating, and together with West’s elegiac prose, the glaciers are poignant, solitary giants. West toured Greenland on the MV Cape Race, an expedition yacht that ferried a scientific research team who were mapping glaciers and tested the water. The individual scientists figured prominently in his story, their quotes substantiating the hard facts of climate change. Couched in travelogue format we read that “Greenland’s kingdom of ice represents one of the world’s great spectacles,” and is “one of its most imperiled ecosystems,” and that 2014 was the warmest year on record and ice melt in Greenland has doubled since the 1990s. Intoning a more dire outlook but stopping short of doomsday, West taps the expression “the great melt,” which has “serious implications for the rest of the globe as well,” and “satellite imagery shows that the [ice] sheet has shrunk significantly in the past ten years, with glaciers vanishing at its edges.”

At the end of the article, West mirrors our own take on what we just read: “my lingering sense of contradiction, a mix of wonder and unease . . . ”

Readers might well ask themselves if they would visit Greenland after reading this article. Perhaps the driving force behind the aggressive tourism industry is to sell a smorgasbord of travel plans from blissful, stress free vacations to trips touting purpose and meaning. Selling climate change to travelers carries a tinge of  sensationalism, but perhaps it’s worth it if it betters our understanding of climate change. 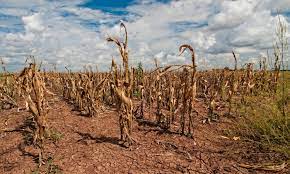